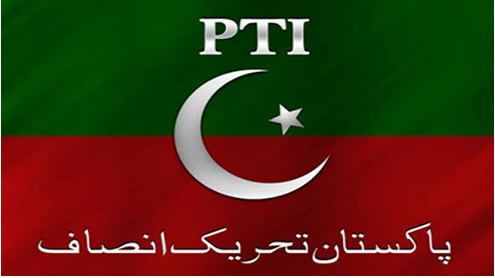 LAHORE: The Pakistan Tehreek-e-Insaf on Friday unveiled its economic plan for the country that envisages a more than doubling of the growth rate of the economy through an investment and trade-driven growth strategy.

It also foresees a significant reduction in the current backbreaking levels of inflation and the creation of 10 million new jobs over a five-year period. Most importantly it moves Pakistan towards the ideal of a sovereign welfare state where the fruits of development are shared by the entire nation and not just by the elite. The party gave a wakeup call to the nation, as the hard-hitting presentation of the economic policy team exposed the worst ever performance of governments in Pakistan’s  history. The PTI castigated the federal and provincial governments for “misplaced priorities, incompetence and greed”. The PTI pledged to focus all energy towards improving living standards of the people and creating jobs for the youth through a radical reforms programme.

A five-pillar emergency reforms programme has been drafted by the PTI in consultation with key stakeholders, including top businessmen, academics, technical specialists, labour unions, farmer associations and the youth of Pakistan. The last five years have been an unmitigated disaster for the people of Pakistan with the status quo parties (PPP/PML-N/allies) setting new records of bad governance and incompetence. Average growth of 3 percent in the last five years is the period of lowest growth in Pakistan’s history. In the same period, India, Bangladesh and Sri Lanka posted growth rates more than double that of Pakistan. Investment to GDP ratio has collapsed to 12.5 percent in FY12 compared to 22.5 percent in FY07. This compares unfavourably with investment to GDP ratio of 35 percent, 28 percent and 25 percent for India, Sir Lanka and Bangladesh respectively.

If the status quo policies and performance are allowed to continue for another five years the debt burden on each citizen will double, the energy crises will grow much worse with both electricity and gas shortages becoming much worse, inflation will continue unabated and millions more will be added to the unemployed rolls.  The PTI has developed the reforms programme to address the critical challenges facing Pakistan today and break free from the vicious cycle of low growth, high inflation and rising poverty. This programme aims at deep institutional reform and takes on the powerful entrenched vested interests head on to break the status quo. The highlights of the programme include, energy reforms – focused on reducing cost of producing electricity from indigenous resources. This will resolve the circular debt and make Pakistan an energy-secure state. The details have already been announced through the energy plan announced earlier.

Expenditure reforms – shutdown PM, CM and Governor House’s. Slash budget for the Presidency by 50 percent. Reduce ministries to 17 from 37. Abolish free and subsidised plots. All state departments including army to reduce spending and release funds for the welfare of the citizens. Tax reforms – tax all incomes regardless of source and create a just and equitable tax system, impose a minimum asset tax adjustable against income already paid. End ‘soft’ amnesty schemes. Provincial governments must take responsibility, collect property and agriculture tax from the large landholders. Revamp FBR and make it autonomous insulated from political pressures. Reforms will increase tax revenue to 15% of GDP in 2018 from 9.9% in 2012. Institutional reforms – carry out deep reforms that make state institutions empowered, accountable and transparent.

Devolve power from the central and provincial capitals and empower local communities at the grass roots level All recovered assets of corruption will be used for educating the youth of Pakistan. Education and health reforms – one modern education system for all Pakistanis. Increase education spending five-folds to Rs 2,195 billion by 2018 to achieve 80 percent enrollment and empower communities to manage schools. Similarly, the PTI will introduce a free healthcare system for the poor. Spending on health will increase five folds to Rs 1,142 billion by 2018.  Agriculture remains the backbone of the economy. The PTI aims to sustain high growth rates by increasing agriculture yields and improving efficiency of on-farm use of water and energy. Improved storage facilities and infrastructure can reduce post-harvest losses. Focus will remain on small farmers, ensuring access to inputs and credit needs and strengthening market linkages to ensure fair price to the small farmers. Higher agriculture productivity is critical for bringing down inflation. -Dailytimes