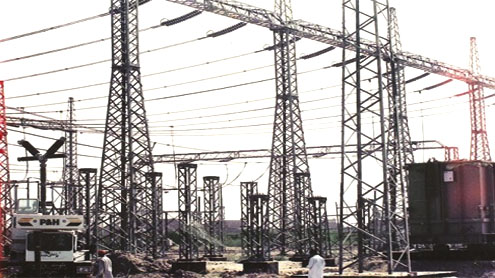 LAHORE: Energy shortage has been one of the major factors that has caused Pakistan’s economy to underperform its regional peers.

The country, in the past 5-years (FY08-12), has gone through its lowest growth period (average GDP growth of 3.04 per cent against 65-years average of 5 per cent).The recently released economic survey estimated cost of power crisis to the economy is approx. Rs380bn per annum (2 per cent of GDP).

Country’s gas consumption during 9MFY12 rose by 2 per cent to 3,494mmcfd (million cubic feet per day) as against 3,431mmcfd in the same period last year, while gas production improved by a decent 5 per cent to 4,236mmcfd as against 4,050mmcfd in 9MFY11. The trend is indicative of increased UFG losses which imply inefficiency creeping in the gas distributing companies.

Sectoral consumption reveals that gas consumption in the transportation sector (CNG) rose by 11 per cent with its weight-age in the overall pie increasing to 9.4 per cent. Household consumption rose by 10 per cent, while its share increased by 19.8 per cent to 21.5 per cent, given government’s inclination to give priority to this sector due to lack of alternatives. On the other hand, general industry and fertilizer, that consumes approx. 40 per cent of the available supplies, were faced with reduced gas supplies.

Their consumption declined by 7 per cent and 5 per cent, respectively. Gas supplies to Power sector (largest gas consuming sector) increased by 4 per cent in order to improve low cost electricity generation instead of relying on expensive furnace for power generation specially at time when energy firms are facing liquidity crunch.

On the power front, average electricity shortfall stood more than 6,000MW while consumption declined by 3 per cent. On the other hand, electricity generation rose by mere 1.5 per cent despite the fact that government claim to have added additional capacities in power sector. Overall, the power generation mix remained tilted towards expensive thermal with its share increasing to 67 per cent as against 64 per cent in the same period last year.

Lastly, petroleum consumption increased by a mere 0.6 per cent during 9MFY12 to 13.9 million tons as against 13.8 million tons in the same period last year. Sector pattern reveals that oil consumption (particularly furnace oil) in power declined by 5.2 per cent with circular debt creating hiccups in supply, while growth in transportation sector was 4 per cent. – Nation