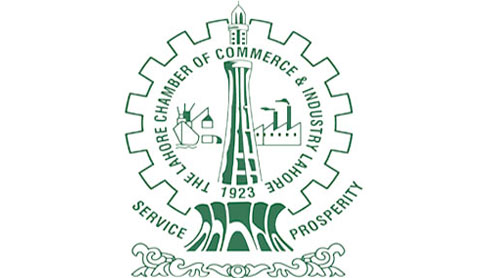 This was the upshot of the presentation given by the USAID Chief Economist Thomas Morris on the state of Pakistan’s economy here at Lahore Chamber of Commerce and Industry (LCCI) on Tuesday.LCCI President Irfan Qaiser Sheikh, SVP Kashif Younis Meher, VP Saeeda Nazar, former Presidents Iftikhar Ali Malik and Mian Muzaffar Ali also spoke on the occasion and highlighted various sectors of economy where Pakistan and the US could work jointly.

The USAID Chief Economist indicated that country’s fiscal position was fast deteriorating as numbers suggest the gap with the passage of time.After spending huge sums of money on non-development expenditure, the government had left with no money to spend on hard pressing energy shortage and social development.He pointed out that in 2008-09 Pakistan was paying around Rs 99,000 million on account of subsidies but this figure jumped up to Rs 284,827 million in 2010-11.

He was of the view there was dire need to correct the energy mix of the country as any change in petroleum products prices adversely affect the government’s budgetary estimates.Thomas Morris said in 2008-09, the government allocated Rs 77,000 million for electricity subsidies but it had to spend Rs 99,000 millions when oil prices in the international market were below $ 80.On the other hand, in 2010-11 budget, the government earmarked Rs 32,000 million for electricity subsidy but it had to spend Rs 284,827 million as oil prices had crossed $100 per barrel.

The GDP growth would remain three per cent contrary to government’s claim of four percent, he said, adding that during the global recession Pakistan’s economy remained positive which shows its strength.Therefore, he added, the government should focus on curtailing expenditure by cutting non-development expenses. He said that Pakistan should further strengthen its economic relations with the United States by signing new trade agreements.

Talking about Agriculture sector, the USAID Chief Economist said that agriculture sector in Pakistan is constrained by insufficient investment over many years as its share in the GDP in 1960 was 46.2 percent and in 2010 it was only 20.8 percent.On this occasion, the LCCI President said, the Lahore Chamber was ready to collaborate with USAID in carrying out projects in energy sector for the sake of economy and in the best interest of Pakistan and its nationals.Irfan Qaiser Sheikh said that the role of USAID in various sectors ranging from energy, education, health, humanitarian assistance and etc., needs to be expanded to more areas and with wider scope. – Brecorder