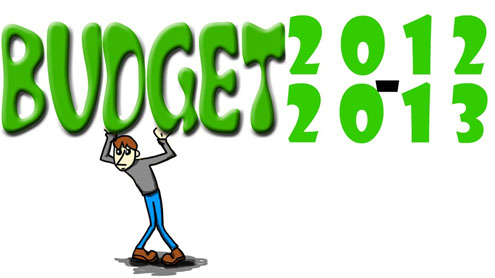 News reports published in the Business Recorder on Friday quoted official sources as having said that the government is not ready to take any risk of announcing new taxation measures through Finance Bill 2012-13 to give a clear message to the masses that “the upcoming budget will be investment, employment and growth-oriented”.

On the other hand, law makers are reported to be considering some further relief measures in the upcoming budget.Prior to his departure for an official visit to London, PM Gilani announced that 100,000 new jobs will be created in the next fiscal year.Measures such as the reduction of sales tax on certain raw materials, raising salaries and pensions of government employees and the expansion of social safety programmes, all seem to suggest that government expenditures are likely to rise.

Add to this growing list of expenses the amount of funds that will be required if the circular debt in the energy sector is to be cleared, and the government arrives in a precarious situation where avenues of revenue generation are few, while expenses continue to rise.In effect, it may be argued that a pro-growth stance by the government mandates more efforts towards mobilising infrastructure development and projects that can create both jobs and stir growth; hence a higher expected allocation for developmental projects.

While much has been said about the rising fiscal deficit, it is well known that there is little room on the expenditure side for further contraction since the government is already making do with threadbare allocations for development.Budget proposals from various private sector associations have in unison, called for broadening of the tax base.Among these proposals, one that appears to have stuck in the minds at FBR was imposition of GST on school fees and wedding hall rentals.

The rationale behind charging a withholding tax on these services was that existing income tax payers would be able to redeem their funds through tax returns while those evading the clutches of FBR would be forced to contribute to government revenues.But alas, the proximity of the general elections has law makers rushing to come up with populist measures in the upcoming budget.The chaotic scenes of traders on the streets of Karachi, Lahore and other cities protesting against the (foiled) implementation of RGST must still be fresh in the minds of those sitting in the National Assembly.

However, the government has also set itself some rather ambitious targets for the coming fiscal year.Economic growth which has been sputtering for the past three years is targeted at 4.3 percent; while the development expenditure is targeted to reach Rs.825.2 billion, as announced by the Annual Plan Coordination Committee (APCC).FBR has been instructed to step up efforts to ensure that revenue collection rises to the targeted Rs.3.033 trillion.But law makers appear hesitant in providing the necessary conditions for the attainment of this target.

Parliamentarians and other politicians who have been sitting on the sidelines for the past four years are stepping up rhetoric in public gatherings.If only they would put their money where their mouths are, the seemingly ambitious revenue and growth targets would actually be achievable. – Brecorder