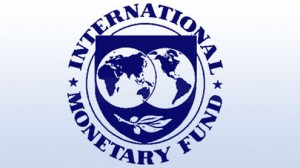 ISLAMABAD: The World Bank and the International Monetary Fund (IMF) have said while two-third of developing countries are on track or close to meeting key targets for tackling extreme poverty and hunger, the Caribbean and other poor countries need urgent help in reaching the Millennium Development Goals (MDG).According to a statement of the Bank, the World Bank’s  2011 Global Monitoring Report published jointly by the bank and the International Monetary Fund (IMF) said that the Caribbean will require international cooperation in regaining momentum towards achieving the Millennium Development Goals.“With improved policies and faster growth, these countries can still achieve the targets in 2015 or soon after,” said the financial institutions said in a statement.Director of development prospects at the World Bank, Hans Timmer said  while reaching the MDGs is a “significant achievement” for developing countries, “there still is much to do in reducing poverty and improving health outcomes even in the successful countries.

“Donors should build on this success and help countries make the next step through investments in effective service delivery,” he said.On the whole, the financial institutions said the fight against poverty is progressing well, pointing out that based on current economic projections, the world remains on track to reduce by half the number of people living in extreme poverty.They said the number of people living on less than US$1.25 a day is projected to be 883 million in 2015, compared with 1.4 billion in 2005 and 1.8 billion in 1990.The World Bank and the IMF said developing countries will also likely achieve the MDGs for gender parity in primary and secondary education and for access to safe drinking water, and will be very close on hunger and on primary education completion.“But progress is slow, and targets may be missed on others,” they warned, stating that among developing countries, 45 per cent are far from meeting the target on access to sanitation; 39 per cent and 38 per cent are far from the maternal and child mortality targets, respectively.“Good macroeconomic policies remain crucial to progress toward the MDGs,” said Hugh Bredenkamp, deputy director of the IMF’s Strategy, Policy, and Review Department.

“The challenge in low-income countries is to sustain and accelerate growth through better policies that will create jobs and greater opportunities for the private sector,” he said.“Advanced economies need to do their part to secure the global recovery, by repairing and reforming their financial systems and tackling their fiscal imbalances,” he added.The financial institutions said, in some countries, it will be important to focus on support for the world’s socially-excluded groups, including indigenous people, as well as ethnic and linguistic minorities.They said most MDG, indicators among these groups are far worse than in the general population, especially in terms of income poverty.The banks said that regaining momentum towards achieving the MDGs will require international cooperation on three fronts.First, they said, low-income countries in particular will need a “strong and stable global economic environment in which to continue growing”.Second, actions are needed to help low-income countries “achieve and sustain more rapid economic growth and restore their policy buffers,” they said.Third, the banks said, fragile states that lag the furthest behind in reaching the MDGs require additional support, to help in building institutions and “moving toward a virtuous circle of development, peace, and security – APP