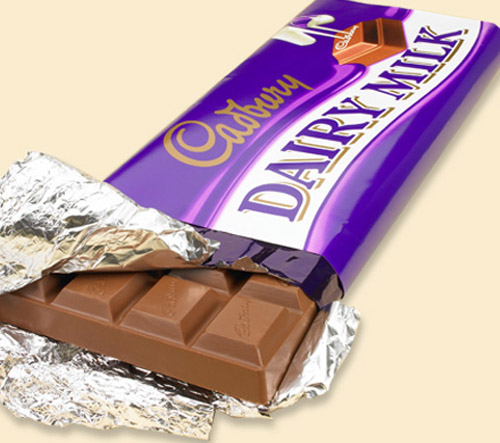 Malaysian Muslims have called for a holy war against the confectionery giant Cadbury – after pork DNA was found in some of its products. A group of more than 20 Malay-Muslim organisations say they want to declare jihad against the chocolate maker after two batches of chocolate products were recalled. The company has said that it was informed that samples of its Cadbury Dairy Milk Hazelnut and Cadbury Dairy Milk Roast Almond had ‘tested positive for traces of porcine DNA’. According to Malay mailonline, a news conference was held in Kuala Lumpur where the groups claimed Cadbury had ‘crossed the line’ and that quick action was now needed. The website quotes one of the group presidents, Ustaz Masridzi Sat, as blaming social ills in Malaysia on Muslims eating food that was not halal. He told the news conference: ‘

Because the person eats pork it is difficult to guide him to the right path. ‘When the day of judgment comes, that person will be wearing a pig-face because of what he has eaten. ‘We need to unite, we must declare jihad.’ One group chief, Abu Bakar Yahya, claimed the pork traces were part of a wider attempt to ‘weaken’ the faith. Another called for a nationwide boycott on the Cadbury’s products saying its factories should be ‘shut down immediately’, Malaymailonline reports. The organisations involved included the Muslim Consumers Association of Malaysia (PPIM), Perkasa, Pertubuhan Kebajikan Darul Islah Malaysia, Ikatan Muslimin Malaysia and the Halal Muslim Entrepreneurs’ Association. One woman, described as ‘hysterical’, asked the conference whether Cadbury would now ‘wash away the tainted blood in our veins’.

PPIM president, Datuk Nadzim, said talks were already underway with Malay NGOs over the possibility of taking legal action adding that he wanted Cadbury products to ‘go to waste’. The representatives also threatened to lodge a police report against the firm in the near future. The Malaysian Islamic Development Department is already said to have suspended the halal certification of the two Cadbury products involved in the controversy. Cadbury Malaysia said it had been informed of the porcine traces following tests carried out by the Health Ministry. The firm says it has all of its products certified halal to fall in line with Islam’s dietary restrictions and that a review of the supply chain is being carried out. Cadbury UK has pointed out that the porcine DNA issue was entirely confined to Malaysia. -dailymail