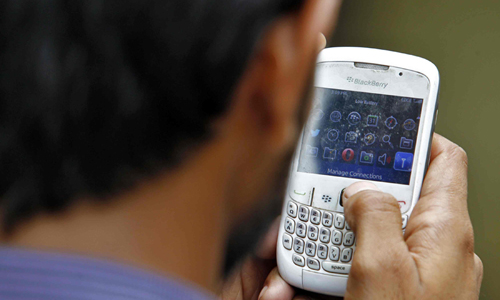 Pakistan raised 1.1 billion U.S. dollars in its first auction for 3G and 4G mobile phone networks on Wednesday and China Mobile Pakistan, or Zong, emerged the sole winner of Pakistan 4G spectrum license and one of four winners of the country’s 3G spectrum licenses.

The auction was held at a local hotel in the presence of the international and local media people and hundreds of the representatives of mobile companies. Zong was declared successful of getting the licenses for 10 MHz spectrum in 2100 MHz radio frequency band in the auction conducted by the state-owned Pakistan Telecommunication Authority (PTA). Zong has also got 10 MHs segment in 1800 MHz frequency.

The company bid a total of 516 million U.S. dollars for the 3G and 4G spectrum licenses. Besides Zong, Russian-owned Mobilink, Norway’s Telenor, and Ufone — a company jointly owned by the Pakistan government and the United Arab Emirates’ Etisalat also won the 3G licenses. Mobilink has got 10 MHz segment in 2100 MHz frequency band. Ufone and Telenor got 5 MHz segments in 2100 MHz frequency. One 10 MHz segment in 1800 MHz band would be sold separately. Warid Telecom Pakistan, another company operating in the country, did not show interest in the bidding.

Licenses to successful bidders will be issued for a period of 15 years, the PTA Chairman, Dr Syed Ismail Shah said. Finance Minister Ishaq Dar told the media that the government has one more segment in 1800 MHz band and one license reserved for new entrants, which would fetch additional income. Officials say the money raised from the auction would help raise GDP growth and would create around nine hundred thousand new jobs in the telecom sector. The PTA had chosen Simultaneous Multiple Round Ascending (SMRA) mechanism, which was the most preferred auctioning mechanism and widely used in modern day auctions worldwide. -news.xinhuanet