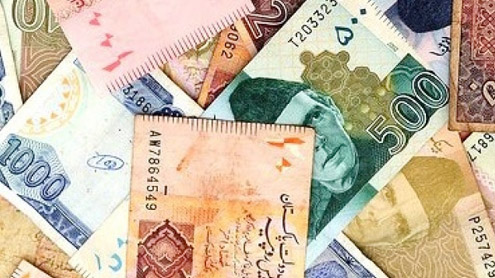 The rupee lost its strength versus dollar on Monday in the process of trading on the currency market, the currency dealers said. The rupee lost five paisa in relation to the dollar for buying and four paisa for selling at Rs 98.55 and Rs 98.57, they said.

In the first Asian trade, a sharp bounce in the Japanese stock market on Monday helped the dollar move further away from a two-month low against the yen plumbed in the previous session, while the Australian dollar skidded after disappointing data from China, its biggest export market.

According to the currency dealers, the dollar was opened on a healthy sign and witnessed gain on account of fresh buying. On close of trading, the dollar was ended higher at Rs 99.60 and Rs 99.85 on buying and selling counters against the last Saturday closing of Rs 99.40 and Rs 99.70, respectively.

Similarly, the rupee remained under pressure and was depreciated against the British pound. The pound’s buying and selling rates were improved from the last week closing of Rs 153.70 and Rs 154.30 to Rs 153.80 and Rs 154.50, respectively, the dealers said.