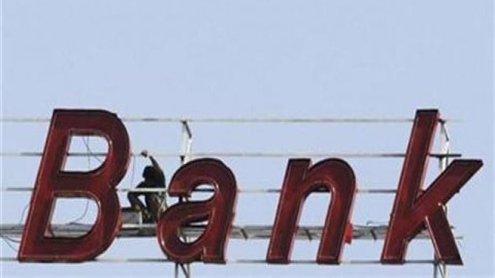 LAHORE:  Banking sector’s investments in the country stayed robust growing by 28 per cent annually to Rs3,756 billion while deposits by end of Nov 2012, reached Rs6,514 billion, massively up by 20 per cent since Nov 2011. During the same period, advances also witnessed a rise of 13 per cent YoY to Rs3,793 billion.

The latest data states that rise in overall deposits dragged down both ADR (Advance-to-Deposit) and IDR (Investment-to-Deposit) ratios during the period. As such, despite advances going up 1 per cent MoM, sector’s ADR was down 140bps MoM to 58.2pc in Nov 2012, while drastically dropped when compared to 62 per cent same period last year. On similar footing, banking sector IDR also declined by 150bps MoM to 58.1 per cent by end of Nov’12. On a YoY basis, IDR went down massively 350bps YoY to 58.1 per cent.

However, in 3Q2012 aggregate banking sector deposits and credit offtake witnessed a decline of 2pc QoQ and 1 per cent QoQ, respectively. Likewise, adding to the sectors’ soft 3Q profitability outlook, banking spreads continued their declining trend.  We believe narrowing spreads can contribute to further contraction in NIMs where August 2012 spreads registered below 7 per cent mark; the first time since June 2008. While banks have seen depressed offtake, we believe some respite can materialise via higher investment in government borrowings as cumulative sector investments have grown by 14 per cent QoQ in 3Q. After incorporating recent results and the 1.5 per cent cut in the discount rate to our valuations we revise up our banking universe target prices by 2-7 per cent while maintaining our ‘Market-Weight’ stance on the sector.

Banking sector in this period aggregate deposits declined by 2 per cent QoQ to reach Rs6.3tr (as of September). Credit offtake, too, came down by 1 per cent QoQ during the same period to Rs3.7tr reflecting prudent stance of the banking sector in the wake of depressed economic numbers.While offtake has remained depressed in most parts of the year, banks have diverted their funds towards investing in government securities. This has seen cumulative banking investments climb to Rs3.6tr, up 14 per cent since June 30, 2012. As a result, IDR for the banking sector jumped 8ppt to 58 per cent during the same period.

Banking spreads further narrowed in August 2012, coming in below the 7 per cent mark for the first time since June 2008 when the saving account rate floor (5 per cent) was introduced. Weighted average banking spreads came in at 6.95 per cent in August (down 10bps MoM and 64bps YoY). Consequently, in 3Q spreads have averaged at 7.0 per cent compared to 7.11 per cent in 2Q which is likely to lead to further contraction in NIMs for the banking sector. – Dailymail