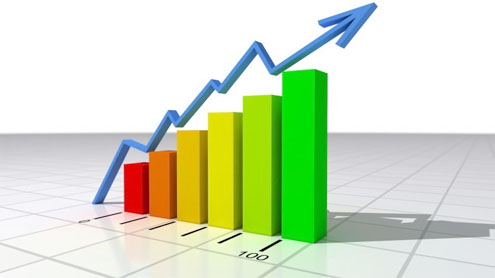 The consolidated profit of the five biggest banks soared by a massive 21 percent year-on-year, despite a dip in net interest income. The surge in profits primarily owes to massive decline in provisioning and surge in non-interest income.The top line grew by a respective nine percent year-on-year, bulk of which is attributable to massive growth in banks investments. The earning assets of late have been tilting more towards investments than advances.

The sharp decline in interest rates during 1HCY12 significantly reduced banks margins on earning assets, as the bulk of investment is concentrated in government treasuries.The deposit growth during the period was phenomenal amongst most of the major banks. The focus remained on generating low cost deposits, which helped in arresting the slide in net interest income to just three percent. The increase of 100 bps in deposit rate on PLS accounts, played its part in hiking the interest expense by a whopping 23 percent year-on-year. Resultantly, the gross spread ratio declined from 56.2 percent in the same period last year to 50.4 percent in the period being discussed.

The real difference though was made by lower provision during 1HCY12 which was a massive 61 percent lower than the same period last year at just Rs7.5 billion. It was a combination of both aggressive provisioning last year and conservative lending approach that led to such low provision expense. The NPL cycle is believed to have peaked last year, which is why the NII after provisioning was higher by 11 percent year-on-year, despite a slide in NII before provisioning.

Further improved trade activities and decent return and payout by the capital market led to a 26 percent year-on-year increase in non-interest income of the Big Five. ABL led the way by more than doubling the non-interest income from non-core operations.

Despite sharp reduction in interest rates and increased deposit rate on PLS, the market expects banks to post decent profitability growth by the year-end. There will undoubtedly be further pressure on the banking spreads as the impact of recent rate cut is yet to be felt. It might be too early for the banks to shift their current strategy of investing in government papers, yet the banks with lower ADR may well venture into solid asset base short-term advances. – Brecorder