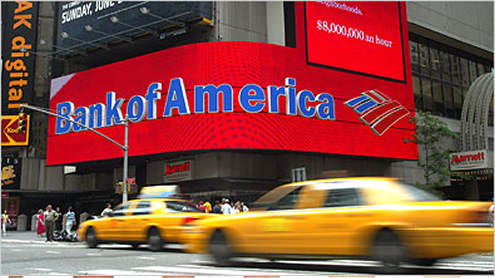 The appointments are effective immediately and were made “in anticipation of directors who are reaching retirement age and whose terms will expire next spring”, the bank said in a statement.  The new directors are Sharon Allen, former Deloitte LLP chairman; Jack Bovender, former HCA Inc chairman and chief executive; Linda Hudson, president and CEO of the US subsidiary of BAE Systems Plc ; and David Yost, former CEO of AmerisourceBergen Corp.

Bank spokesman Scott Silvestri declined to comment on who is due to leave the board, which will have 16 members with the additions. The bank’s most recent proxy filing says a director who has reached the age of 72 or older should not be nominated for re-election, although the board may allow it if it is in the best interest of the company and shareholders.

This year, the board nominated 72-year-old Virgis Colbert, a senior adviser at brewer MillerCoors, for re-election, and he was approved by shareholders. Two other directors, former Federal Deposit Insurance Corp chairman Donald Powell and Carlyle Group senior adviser Charles Rossotti, are 71, according to the bank’s website. Director Paul Jones retired from the board in May. Bank of America is the second-biggest US bank by assets.-Brecorder