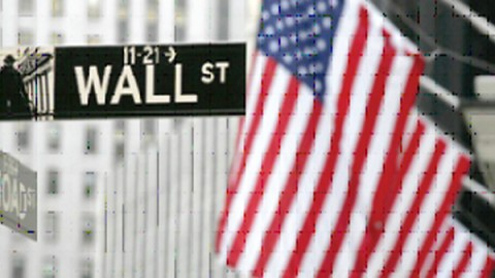 NEW YORK – The U.S. Federal Reserve and the European Central Bank both meet next week amid investor expectations of action to stimulate economic growth and, in the case of the ECB, tackle the spreading euro zone debt crisis.

The drumbeat of weak economic data and disappointing U.S. corporate profits and outlooks mean central banks can be stocks’ best friends. Equity prices tend to rise sharply in the hours before a Fed statement like the one expected on Wednesday as traders and investors jockey for position and a chance to make a profit. Next week’s calendar has a double-whammy. The Fed’s monetary policy statement will come one day before an ECB meeting packed with intrigue. ECB President Mario Draghi said earlier this week the bank was ready to do whatever was necessary, within its mandate, to save the euro.

“People in this business like to get in front of big events, especially if (they) could be very, very positive for the market,” said Brian Reynolds, chief market strategist at agency brokerage Rosenblatt Securities. In that sense the strategy “is almost like a lottery ticket,” he said. But was that ticket already cashed? The S&P 500 .SPX .INX rallied to levels not seen since May on Friday, a rally that was sparked a day earlier after Draghi stoked expectations the ECB might resume its Securities Markets Programme (SMP) and possibly adopt more aggressive quantitative easing. Reports of meetings with the head of Germany’s Bundesbank fueled a Friday rally that outpaced Thursday’s gains.

Equity markets have for weeks been leaning on hoped-for stimulus from the Fed or ECB. Despite weeks of softening economic data, including a dismal payrolls report for June and a poor outlook for corporate profits, the S&P 500 has risen in seven of the past 10 weeks. It closed on Friday near a three-month high. REMARKABLE PATTERN: At the same time that traders position themselves to benefit from the Fed’s latest easy-money policy, those betting against market gains get out of the way and selling pressure recedes. “It’s very scary to short the market ahead of a Fed meeting,” said Dennis Dick, a proprietary trader at Las Vegas-based Bright Trading and co-founder of Premarketinfo. “So you have this short-covering that drives prices up.”

That helps explain the rise in stocks in the 24 hours prior to the U.S. central bank’s policy decisions – a pattern that tends to hold irrespective of what the Fed actually says in its statement. Economists at the Federal Reserve Bank of New York performed a study of the pattern. Starting mid-afternoon the day before such decisions, stocks in the United States, Britain, Germany and other major markets begin a sharp rise and don’t stop, on average, until just before the Fed unveils its policy decision at 2:15 p.m. (1815 GMT) the following day. Since 1994 a whopping 80 percent of the premium in gains of U.S. stocks over yields on short-term government bonds has been earned in these 24-hour periods, the study found.

The pattern has grown starker as the Fed took increasingly aggressive actions to rescue the U.S. economy from recession. The two rounds of major asset purchases, known as quantitative easing, or QE1 and QE2, in recent years strongly boosted stocks. “Perhaps this shows markets have given the Fed their seal of approval,” said Brian Jacobsen, chief portfolio strategist at Wells Fargo Funds Management in Menomonee Falls, Wisconsin. “At least from a market participant perspective, they are confident the Fed will fulfill its mandate. I try to talk to individual investors to remind them that the stock market is going to react much more quickly than the economy to what the Fed does,”

he said. CENTRAL BANKS OVERSHADOW EARNINGS: The focus on central bank meetings will get in the way of a heavy week of earnings for S&P 500 companies at a time when the outlook continues to worsen. Major companies due to report include AIG (AIG.N), Kellogg (K.N), Procter & Gamble (PG.N), Kraft Foods (KFT.O), Pfizer (PFE.N), MasterCard (MA.N) and General Motors (GE.N). Among the 290 companies in the S&P 500 index that have reported earnings for the second quarter, about 67 percent have beaten analysts’ estimates, slightly higher than the long-term average of about 62 percent. But just 40 percent have beaten on revenues, the worst record since the first quarter of 2009. More worrisome is the market’s outlook. Third-quarter earnings are now expected to decline 0.4 percent from a year ago, compared with an expected rise of 1.4 percent last week, according to Thomson Reuters data.-Pakistantoday