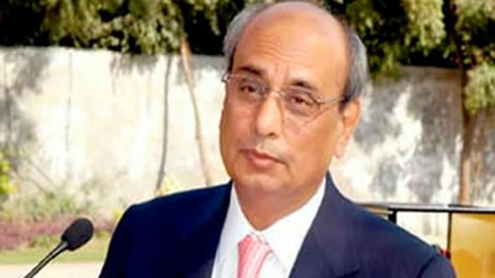 The Muslim Commercial Bank (MCB), Pakistan’s largest by market capitalisation at $1.2 billion, is hoping to tap into the potential riches of India’s estimated 1.2 billion people. “We have applied to the State Bank of Pakistan and the Reserve Bank of India, the central banks of the two countries, which regulate the banking sector to open branches in India,” a senior MCB official told AFP on Wednesday.

Mian Mohammad Mansha, Pakistan’s richest tycoon, told the Financial Times that his Nishat group — which has a controlling stake in MCB — had been the first to apply to open branches in India, following recent rule changes. “Our major rationale is that India is a very profitable market,” he was quoted as telling the newspaper in an interview. MCB has four million customers, with 1,165 branches in Pakistan and eight abroad. A spokesman for Pakistan’s central bank confirmed the application was under examination. The nuclear-armed neighbours have fought three wars since independence in 1947, but in 2010 resumed a fragile peace process suspended by the 2008 Mumbai attacks blamed on Pakistani gunmen.-Pakistantoday