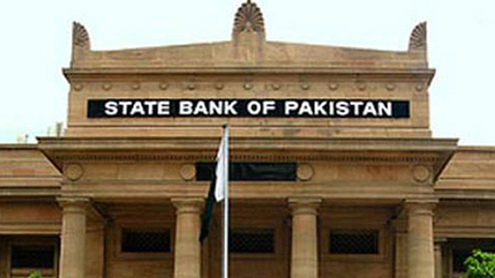 KARACHI: Branchless Banking (BB) continued to show a rising trend in January-March 2012 of the current fiscal year 2011-12 during which BB transactions surged by 23 percent to 25.3 million as compared with 20.6 million in the preceding quarter.

The total number of BB agents increased by 19 percent to 26,792 in January-March FY12 quarter as compared with 22,512 in the quarter ended on December 31, 2011. Similarly, the total number of BB accounts surged by 14 percent to surpass one million mark (1,059,519) in the quarter under-review as compared with 929,184 in the previous quarter. The BB agents now have the footprint in 89 percent of the total districts in Pakistan out of which 52 percent have more than 90 agents, which are mainly located in low-income urban or rural communities.

The number of registered m-wallet accounts (a popular BB service in which cash value is stored on mobile phone of a customer; this can be used to deposit, withdrawal, and money transfer through the mobile phone) reached to 1.03 million at the end of the quarter under review in which the number of active m-wallets is about 53 percent. About 5,573 debit cards have also been provided to mobile account holders, indicating efforts to create value proposition in m-wallets. Bills payment remained the dominating activity of BB with 42 percent share in total transaction volume, followed by person to person (over the counter) fund transfers and airtime top-ups with share of 32 percent and 10 percent respectively.

BB service providers are trying to increase their linkages with microfinance institutions as loan repayments of Rs 312 million were collected through BB agents during the quarter under review. Largest brand of the country is in process of technology up-gradation for account opening, forth which it will start registration of customers for Level Zero Account (per month transactions limit Rs 25,000), which will bring the low-income segment of the society into financial services loop. Moreover, few other banks are also likely to start their BB operations soon. _dailytimes