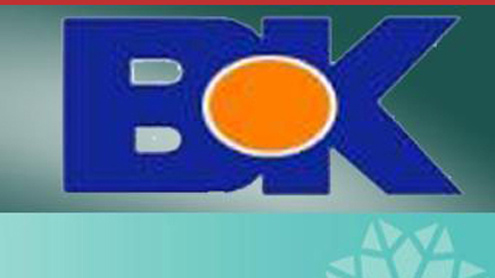 ESHAWAR: The management of the Bank of Khyber (BoK) has performed well and showed historic growth in all sectors included deposits, advances, profit, imports, exports and home remittances and is expected to achieve better results during the year 2012, provided the economy continue to grow with the same pace and government policies continue to encourage foreign and local investments in the country.

In non-performing loans it is expected that year 2012 will show better results. Further it is expected that reversals/cash recovery will having a positive impact on profit in 2012. The bank during the year will increase its network of branches and with the issuance of licenses by State Bank of Pakistan for additional 16 branches for the year 2012 makes the total network to 78 branches i.e. rise of 25 percent. The bank was established in 1991 through Act XVI of the Provincial Assembly of Khyber Pakhtunkhwa main purpose was to cater to the growing banking requirements of Khyber Pakhtunkhwa (formally N.W.F.P). The bank commenced commercial operations in November 1991, and was designated as a scheduled bank by the State Bank of Pakistan in 1994.

The bank is listed on the Karachi Stock Exchange (KSE). Established in 1991, the bank has completed 20 years in banking industry, what makes them celebrate this unique moment is not only owing to the journey of 20 years they have traveled as a bank but it is much more than that. Just like the name of the bank is synonymous with the name of Khyber Pakhtunkhwa; it represents and reflects the aspirations of the people of our province. Fascinating feature of the bank is virtual beginning of the new journey of the bank confined to only one province to a bank that is now growing to each province of Pakistan and beyond.

With the organisational and technical assistance from the Bank of Khyber, the government of Khyber Pakhtunkhwa has launched Bacha Khan Khpal Rozgar Scheme for income and employment generating opportunities in the province, which is badly affected by war on terror and devastating floods. The main objective of the scheme is promoting of entrepreneurship and generating economic activities, particularly in terror and flood affected communities, affected families, small traders, low income entrepreneurs and unemployed skilled men and women. The interest free scheme with three years maturity, 30 percent quota for women and 2 percent quota for disable persons. The second self-employment scheme of Pakhtunkhwa Hunermand Rozgar Scheme has also been launched under the auspices of the Bank of Khyber -Brecorder