‘Economic disaster’ ahead as banks buy 76pc of govt securities

by ToP
in Banking & Finance
5 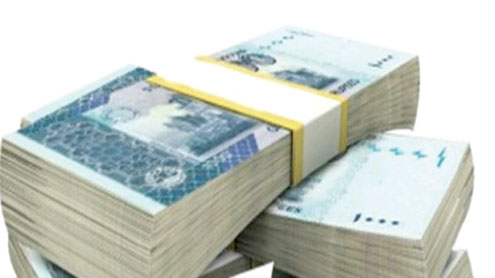 KARACHI:  Economic observers foresee ‘disastrous’ repercussions for the country’s ailing economy, as much of the risk-free government papers auctioned by the cash-strapped federal government are being bought by commercial banks.

Economists have warned that even though most of the country’s economic indicators are setting in the red zone, commercial banks are also not playing their due role in extending a helping hand to the economic mangers to revitalise the troubled economy. The latest SBP data on banks’ holdings of government securities shows that scheduled banks continue to remain risk-averse towards the growth-oriented private sector and are investing massively in the heavily-weighted government papers.According to central bank, up to December 31 (2011) the banks held a majority, 76 per cent, of the Market Treasury Bills (MTBs), Pakistan Investment Bonds (PIBs) and Ijara Sukuk auctioned by the funds-starved federal government.

State Bank of Pakistan said by the above given date central bank, through auctioning treasury and Islamic bonds, has raised over Rs3.679 trillion for the resource-constrained federal government that, the analysts believe, is likely to end up with a fiscal deficit of over Rs1 trillion by the end of this financial year, FY12.Of total auctioned bonds, scheduled banks bought government papers to the tune of Rs2.796 trillion.

The remaining 24 per cent papers, accounting for Rs883 billion, were left for non-bank lenders; including insurance companies, mutual funds and other corporate entities. During the review period, State Bank counted banks’ holdings of MTBs, PIBs and Islamic bonds, respectively, at 82.4 per cent, 53.5 per cent and 89 per cent that, in monetary terms, account for Rs2.072 trillion, Rs471.9 billion and Rs251.4 billion.

While experienced bankers like Hussain Lawai, president and CEO of Summit Bank, suggest the central bank to limit commercial banks’ investment in government papers at 25 per cent, the economists term the practice as “unhealthy” and “disastrous” for the economy in the long run. “A major budget deficit is making the government borrow heavily from commercial banks but this is an unhealthy practice,” said Dr Shahid Hussain Siddiqui. The economist said banks, by extending much of its advances, to the sovereign borrower are leaving little or no liquidity for the private sector that is considered to be the engine of growth worldwide.

“The banks are not playing their due role that is to lend to the private sector,” he said.Dr Siddiqui said banks were taking deposits of their account holders at a meager five per cent mark up and were investing the money in government papers to get a return of 11 per cent. “They are earning six per cent without lifting a finger at zero risk,” the economist said.

Resultantly, he said, economic growth in the country had stagnated as the absence of credit to the private sector had rendered the country with a dim economic activity. “The government should increase tax revenues, curtail the expenditures and lessen its reliance on the commercial banks. Otherwise, it would be disastrous for the economy,” he warned. – PT