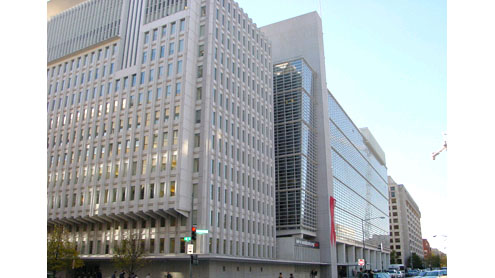 ISLAMABAD: In order to mitigate the impact of suspension of programme lending and budgetary support, Pakistan has decided to benefit from World Bank’s Disbursement Link Indicators (DLI) mode of financing by making projects fast tract for early releases.

The World Bank DLI mode of financing is a combination of project and programme-financing release, which is made upon implementation of agreed indicators of the project, official sources informed.They informed that government would avail Disbursement Link Indicators (DLI) mode of financing with the World Bank (WB) and the modalities would be finalised in the upcoming meeting with the lending body. The DLI mode borrowing from the WB would be acquired for Punjab, Sindh and Khyber Pukhtunkhwa education sectors projects as well as for the projects of resource mobilisation and power sector projects. Expectation from revenue mobilisation project is $300 million from World Bank and for power sector no amount have been agreed till date and this would be agreed in future bilateral consultation, the sources added.

Pakistan is expecting $500 million to $1 billion from World Bank for power sector, mainly financing for clearance of circular debt, said the sources. Due to suspension of International Monetary Fund’s Stand-By-Arrangement and it’s pre-mature completion in September 2011, there would be no budgetary support, or programme lending to be available from World Bank and Asian Development Bank (ADB), said the official sources.Sources admitted that the programme disbursement from the donors have not materialised as per expectations of the government after ending of International Monetary Fund (IMF) programme that was ended unsuccessful as Pakistan failed to comply with the performance criteria to qualify for the two remaining instalments. The result based lending mode, if signed with the WB, would help ensure funding for education, power and revenue mobilization programmes.

Recently, United States has signed an agreement with Pakistan to provide assistance of $161 million for construction of road in Federally Administered Areas, this is a government-to-government project and would be completed by USAID.Sources said that the agreement was signed recently and other formalities are being completed to ensure early disbursement of committed amount. In reply to a question, sources said that so far total disbursement under Kerry Lugar Bill to Pakistan was $645 million since 2010 out of a total of $1.5 billion.

Sources informed that some $700 million worth projects have been completed with US Assistance and other $3 billion projects are under implementation from the assistance from KLA and USAID. Sources further informed that United States had pledged $1 billion at Friends of Democratic Pakistan (FoDP) Tokyo Conference and that had been converted in to KLA aid package later on.

To a question about materialisation of commitments made at the Friends of Democratic Forum (FoDP) Tokyo Conference, they said commitments for the projects are being materialised and $717 million worth projects being implemented with funding from Japan out of the pledged amount of $1billion. France had committed $300 million at Tokyo Conference and $150 million projects are already under execution in Pakistan and a further $50 million project signing is to take place soon for Jagran II power project. Similarly, Saudi Arabia had committed $700 million and some projects are underway from its assistance. Similarly, other donors are also implementing their projects especially those pledged at FoDP. – Dailytimes