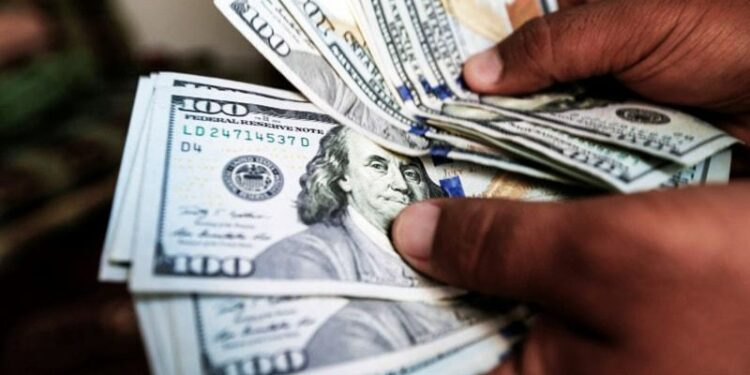 The foreign exchange reserves held by the central bank fell by $87 million during the week ended on August 19, according to data released by the State Bank of Pakistan (SBP) on Thursday.

Sharing a break-up of the foreign reserves position, the central bank said that the foreign currency reserves held by the SBP were recorded at $7.81 billion, down by $87 million compared to $7.89 on August 19.

The SBP cited the decline in reserves due to “external debt and other payments”.

The rupee’s slide against the US dollar continued in the interbank on Wednesday with the greenback closing at Rs219.

According to forex dealers, the greenback increased by Rs1.03 in interbank and closed at Rs219.41. In the open market, the US dollar traded between Rs226 and Rs228.