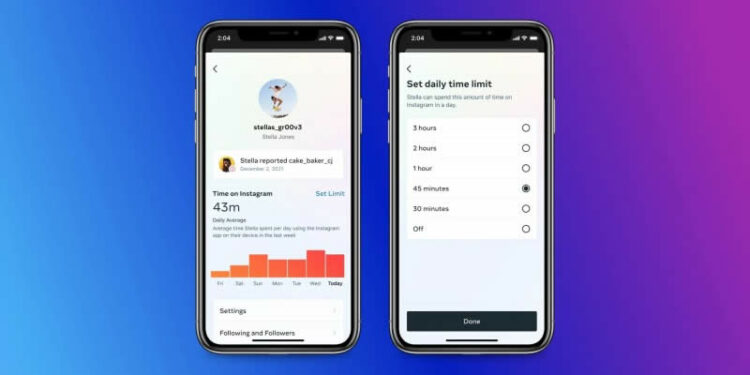 Instagram has a ‘Daily Limit’ feature that allows users to receive a notification when they spend too much time on the social media platform. The company introduced this feature back in 2018 to allow users to have granular control over the time they use the app.

Instead of expanding ‘Daily Limit’ by adding new features and allowing users to have granular control over their time spent on social media, Instagram has reduced the time options for the Daily Limit notifications.

Previously, Instagram allowed users to set the Daily Limit time options for as low as 10 minutes meaning if the user scrolled through Instagram for more than 10 minutes, they would get a notification saying they have crossed the Daily Limit.

However, with the new update, Instagram has decreased the number of time options that you can set the Daily Limit notification to appear as well as reduced the minimum time limit to 30 minutes from 10 minutes.

While users can still enable the full-screen reminders to close the app after 10 minutes using the ‘Take a Break’ feature, it appears that Meta-owned Instagram wants its users to spend more time on the app.

As TechCrunch notes, forcing users to spend more time on the app will ultimately allow the company to earn more through advertisements, thus increasing revenue. And, as we all know, Facebook and other Meta companies have been leaking money the past few months.

How much time do you spend daily on Instagram and other social networking platforms? Drop a comment and let us know!