The country’s top three mobile companies — Jazz, Telenor and Zong 4G — have decided to stay away from the Sept 16 auction of additional spectrum, leaving only Ufone in the field as the last date to submit the bids in this regard expired on Thursday. 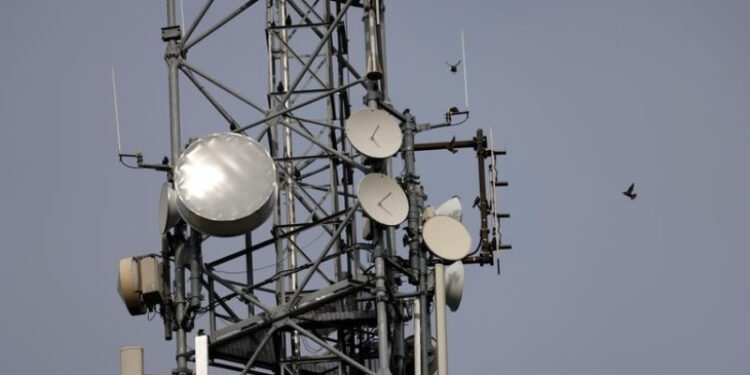 As the three major players have stayed away from the bidding process citing different reasons, Ufone will be able to obtain additional spectrum at the base price due to the lack of competitors.

But on the other hand, the government earnings in this regard will only be limited to around $132m, with around $74.4m for 1800 MHz and $58m for 2100 MHz, because the terms of the auction allow each Cellular Mobile Operator (CMO) to acquire only up to 40 percent of their existing spectrum.

However, after obtaining the additional spectrum Ufone will also be able to provide improved telephony and broadband services to its consumers and also expand its services to several under-served areas.

Responding to queries over reasons for staying away from the bidding process, a Jazz spokesperson in a statement said that it was the number one 4G operator and the largest internet and broadband service provider in the country with 47.2 MHz of spectrum, which was sufficient to meet the demand for existing service.

“Jazz weighs all investment opportunities, but after careful assessment of the spectrum auction 2021, the company has decided not to participate in it,” the spokesperson of the company has said.

Similarly, Telenor Pakistan in a statement said that mobile connectivity was essential for socioeconomic progress and the availability of an adequate spectrum at reasonable prices and conditions was of fundamental importance.

“We have been closely following the spectrum auction process, and after a thorough and careful assessment, we have decided not to participate in the auction,” the Telenor official said, adding that the existing circumstances do not present the economic viability to invest in the spectrum auction.

However, Zong 4G did not issue any statement regarding their boycott of the auction process, but sources in the company have cited reasons, similar to the ones stated by Telenor Pakistan and Jazz.

The CMOs have blamed the Pakistan Telecommunication Authority (PTA) for amending the terms and conditions just 10 days ahead of the deadline to submit the bids and said that the rigid stance of PTA led to several issues.

Sources in the industry have said that the Information Memorandum (IM) was revised on Aug 31, and several restrictions were imposed on the CMOs.

A senior official of the telecom industry said that the companies have repeatedly informed the PTA that since the earnings of CMOs are in local currency, the auction should be in rupees only and not in US dollar, which has been appreciated by 66pc against the rupee since 2017.

Among the serious concerns expressed by the CMOs was the requirement to open an ‘escrow’ account by the mobile companies and to deposit 50pc of the disputed amount in case of a financial disagreement with the PTA.

The CMOS has also objected to another requirement introduced in the revised IM that the mobile operators will have to increase the average download data rate to 4 Mbps from the existing of 2 Mbps in two years.

The mobile companies told the PTA that the additional spectrum was auctioned for a period of 15 years but the terms and conditions were amended after 3-4 years, there has to be a long-term policy in the country.

Interestingly, there is a history of distortions in the spectrum auctions in Pakistan and only one bidder has remained in the field during the last three auctions.

While only Ufone will be the buyer for additional spectrum in 2021, Jazz was the only player in the 2017 auction winning a 10 MHz spectrum of 1800 band for $295m, and in 2016 PTA received a single bid from Telenor Pakistan for spectrum auction.