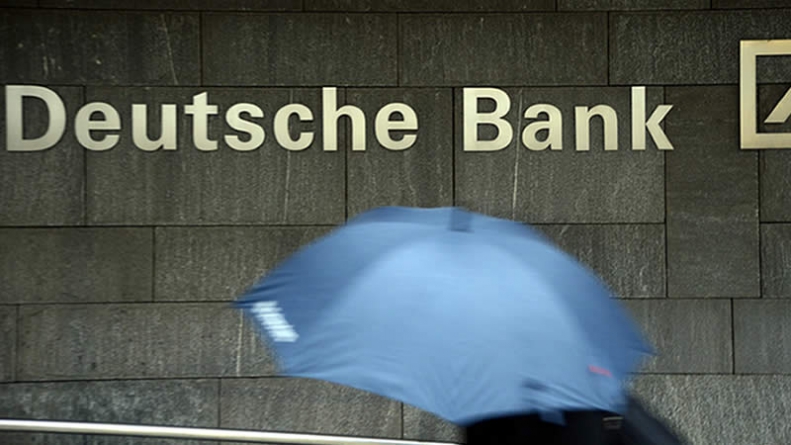 Deutsche Bank could move up to 4,000 jobs away from Britain, the group s compliance chief said Wednesday, as Germany s largest lender struggles to work out the consequences of Brexit.

“For front office people who want to deal with a European Union client, you need to be based in continental Europe,” Deutsche Bank chief regulatory officer Sylvie Matherat told a Frankfurt banking conference.
That requirement could see some 2,000 of Deutsche s 9,000 posts in the UK moved.

Deutsche would also have to book all trades for clients based on the continent in the EU, meaning moving large parts of its IT capacity to its home base in the German financial centre Frankfurt. Then local supervisors say, you must have your risk management here. That means another 2,000 people, other IT capabilities,” Matherat went on.

UK-based banks and other financial firms face losing “passporting” rights to sell services to clients on the continent once Britain definitively quits the EU in March 2019. Draft EU negotiating guidelines seen by AFP recommend that Britain s heavyweight finance industry not necessarily be tied to any future trade deal with the EU, and that it must also stick to the bloc s rules if it wants easy access to EU markets.

Talks between the two sides are not set to begin until after a UK general election slated for June 8, at which Prime Minister Theresa May is expected to be returned with an increased majority. But financial firms “need clarity, the sooner the better,” Matherat said Wednesday.

Many banks are now looking to cities in the eurozone, where setting up a European presence supervised by the European Central Bank — or extending an existing one — will let them dodge the Brexit bullet. Earlier this month, the ECB urged lenders to get their applications for a continental banking licence in early if they do decide to move, warning that bids will be dealt with on a first-come, first-served basis.

Around 40 international banks already have a eurozone presence run from London, while others simply sell their services to European clients from the British financial hub. But the ECB reiterated that it will not accept so-called letterbox firms in Frankfurt, Paris or Dublin run by remote control from London.

“The requirements for a well-functioning bank must be in place before an institution takes up any banking activities in the euro area,” it insisted in a “frequently asked questions” document.