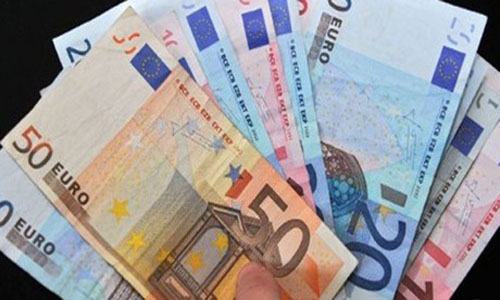 The euro dipped a touch in Asia on Friday after the European Central Bank (ECB) launched unprecedented easing measures to bolster fragile euro zone growth and prevent deflation. The single currency fetched $1.3657 in Tokyo midday trade, compared with $1.3662 late in New York but up from $1.3600 in Tokyo earlier Thursday.

The euro weakened to 139.77 yen from 139.93 yen, but was also stronger than 139.43 yen in Tokyo prior to the announcement. The dollar edged down to 102.33 yen from 102.41 yen. The ECB said after a meeting Thursday it would cut its deposit rate to negative territory. This means banks will be charged for leaving funds at the ECB in the hope they might lend it on to businesses and consumers instead. It also slashed its lending rate to a record low of 0.15 percent from 0.25 percent and said hundreds of billions of euros would be made available in cheap loans to banks as long as they lent more to the private sector.

Bank chief Mario Draghi said after the meeting that policymakers would also be open to possible asset purchases, or quantitative easing, similar to that undertaken in the United States and Japan. “The ECB managed to surprise relative to high expectations by delivering a full package of easing measures,” Credit Agricole said. “Any further deterioration in the inflation outlook would likely trigger outright asset purchases.” National Australia Bank said the package was positive for European equities and also supports, at the margin, global equities, in sentiment terms at the very least. –thenews