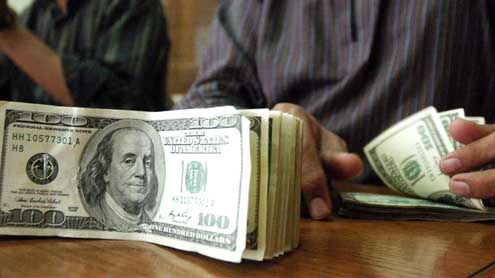 ISLAMABAD: Pakistan and South Africa here Monday set a moderate bilateral trade target of US $ 1 billion till 2015 that would be achieved by improving trade mechanism between the two countries.

At present, the trade between the two countries is very nominal as South Africa’s trade with world is US $75 to US $ 80 billion and its trade with Pakistan is less than one percent of its total trade.”We can even surplus the set trade target if trade mechanism is improved,” Deputy Director General Asia and Middle-East, Department of International Relations and Cooperation Anil Sookal said at the third session of Pak-South Africa Joint Commission meeting.

The third session of Pak-South Africa Joint Commission meeting was held here Monday during which progress on about eight Memorandam of Understandings (MoUs) was discussed.In light of the understanding reached earlier at the second Joint Commission meeting, substantive deliberations took place in the meeting in a cordial and constructive manner on a number of relevant aspects relating to the bilateral trade, enhanced economic cooperation and identifying areas of mutual cooperation.

Both sides agreed for close interaction between various ministries to deliberate in-depth on related aspects and propose concrete steps to move forward.The Pakistan delegation that participated in the talks was led by Additional Foreign Secretary, Seema Naqvi while the South African delegation was headed by Anil Sookal.Both the sides thoroughly discussed the progress on various MoUs in various sectors of economy including health, higher education, agriculture, mining, information technology, narcotics control and defence production.

During their discussions, the delegation head of South Africa said that his country was in need of experts in science and mathematics fields and offered that joint ventures to tap the potential of mining sector of Pakistan.He said that South Africa has expertise in this field and has been using modern technology.The Joint Commission meeting stressed the need for trade promotion and enhancing market access in both the countries besides suggesting for signing an MoU between trade promotion bodies of both the countries.

Trade diversification, organization of fairs and exhibition in both the countries for the promotion of trade and business was also discussed during the meeting.Meanwhile, on the occasion, Pakistan delegates urged South Africa to lift ban on sheep casing and asked them if they have any health reservations they can send their team of experts to examine the sheep casing units.

The South Africa delegation head assured that they would look into the matter and act on accordingly.Constitution of Joint Trade Committee between the two countries to promote trade was also proposed.On the occasion, representatives of various organizations gave detailed presentations to the visiting delegates with an aim to enhance bilateral trade and investment relations between the two countries. – Brecorder