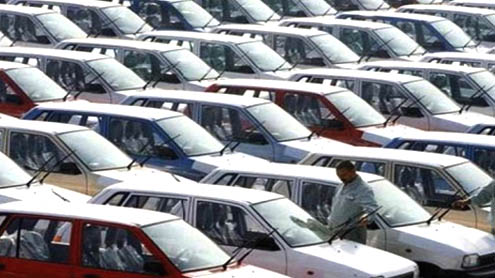 ISLAMABAD: The Competition Commission of Pakistan (CCP) has revealed in its research study on automobile sector that car sales in the country increased by 217 percent during 2001-2011.

In the study, the competition assessment of the passenger cars in theautomobile sector in Pakistan has been analyzed, which shows that there arecurrently three major car manufacturers and assemblers in the car industry in Pakistan namely Pak Suzuki Motor Company Limited, Indus Motor Company Limited (Toyota) and Honda Atlas Cars Limited.Between 2001 and 2011, car sales in Pakistan increased by 217% and thesales of the above mentioned three players mainly contributed towards thisgrowth.The CCP as part of its on-going programme of sectoral research has released the updated draft study on automobiles sector titled Competition Impact Assessment Studies, to assess the competition vulnerabilities in various sectors.

The draft study on auto sector assesses the relevant laws and their impact on the sector; market share of the players; concentration levels of the market; and the behaviour of the players affecting competition.Indus Motors, Pak Suzuki Motors and Honda Atlas have increased their sales by almost 322%, 241% and 217% respectively in this time period.Currently, in the 800 cc and 1000 cc market segment, Pak Suzuki is the sole local manufacturer, assembler while in the 1,300-1,800 cc cars, thestate of competition is slightly better with Honda, Suzuki and Toyota competing amongst each other for market share.

Parallel increase and decrease in prices by manufacturers in the last three years from 2010-12 may be a cause of concern from a competition perspective.In all the three market-segments, the manufacturers and assemblers have excess installed capacities and by not utilizing their excess capacities, the incumbent firms signal their inward looking approach towards the domestic industry.The study also states that Pakistan automobile industry is inward looking and it tries to protect itself through the use of regulatory instruments.

Pakistan needs to develop the automobile industry instead of protecting it and in this regard, imports have a disciplinary impact on domestic firms.Currently, the import of cars is allowed only under the Gift, Personaland Baggage Schemes with restriction on allowable age limits.The policy for import of cars with an allowable age limit of 5 yearsremained in practice from December 2010 to December, 2012. This policy waschanged and the allowable age limit was again reduced to 3 years in December, 2012.Furthermore, on August 31, 2012, the depreciation rules were also changed. If the cumulative effect of both these policy changes is taken into account, a further protection was landed to protect the domestic automobile industry at the expense of consumers.

For enforcing safety and quality standards, the government established Pakistan Standards and Quality Control Authority (PSQCA) in 2000 which has so far developed standards for only 2 wheelers.Due to the absence of regulation, the domestic automobile manufacturers do not offer safety features, such as anti-lock breaking system (ABS), airbags and lower CO emissions along with quality specifications such as alloy rims, power steering and windows in all their vehicles.In addition, Pakistan has an aging automobile population which is anincreasing burden to the economy due to increased emission levels and a growing safety hazard.

The current dealership and supply chain structure in the industry doesnot allow for meaningful competition as dealerships are behaving merely asagents of the manufacturing companies and have no real incentive to compete in the market. Due to delay in deliveries, premiums are charged in the secondary markets.The study recommended that the domestic market should be opened to theimport of new cars at reasonable tariffs and reducing protection of localindustry to allow foreign competition for the benefit of consumers will bring in new technology and offer more choice to the consumers.This increased competition will reflect in better pricing and improvedquality, as well as availability of cars on demand.

The recent reduction of allowable age limit for import of cars from 5 to 3 years in December, 2012 will further protect the domestic automobile industry which is already inward looking.The import of five year old vehicles provides a better competitiveenvironment in the local automobile industry; however the idea of increasingthe age limit from 3 years to older than 3 years on the import of used cars may be subject to strict road worthiness tests.It is preferable for the import of used cars to be open, rather thanallowed under the Gift, Personal and Baggage Schemes that add transaction costs.

It is also necessary to have stringent evaluation measures to assess the depreciation and actual values of the used imported vehicles.The entry barriers imposed by higher tariffs for imports should be removed by significantly lowering the tariffs and making them relatively more uniform across all automobile categories, the study suggested. – Brecorder