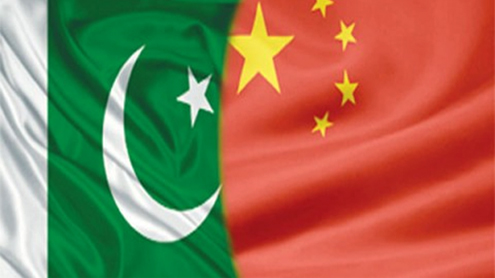 Islamabad: The overall bilateral trade between Pakistan and China in 2012 crossed the figure of $12 billion for the first time according to the latest data released by China Customs.

“This puts us firmly on track to achieve the target of $15 billion in the next two to three years, said Pakistan Ambassador to China Masood Khalid following the news.“The leadership of the two countries has paid special attention in augmenting and cementing trade relations between our two countries and bringing them at par with our strategic partnership and political relations,” the Ambassador added.The data shows that Pakistan-China trade increased by 17.6% to a total of $12.4 billion in 2012.

In a welcome development, Pakistan’s exports to China increased by 48.2% to $3.14 billion while imports from China increased by 9.9% to $9.2 billion. The two way trade in 2011 was $10.6 billion.The biggest increase in Pakistan exports to China in 2012 has been in textiles and textile articles, vegetable products, ores and mineral products, leather goods and base metals. Similarly, major imports from China include machinery and mechanical appliances, textiles and textile products, metals, chemical products, mineral ores, plastic scrap and transport equipment.

Ambassador Khalid praised the role played by the Ministry of Commerce, Trade Development Authority of Pakistan and the Pakistan Federation of Chambers and Commerce in boosting the trade between the two countries.He said Pakistan also actively participated in a number of fairs last year such as the Eurasia Expo, Canton Fair and Kunming Fair which provided exhibitors from Pakistan to display their products and helped boost exports. Pakistan traders have been especially focusing on textiles, leather, sports goods, precious stones and handicrafts, he said.

“We hope to build on this momentum and further increase our trade in future,” said Ambassador Khalid. More trade delegations from Pakistan would be encouraged to visit China and participate in the fairs, he said.“We have an excellent and broad economic architecture in place between our two countries. In order to exploit it fully, it is vital to diversify our export basket, introduce value addition and provide better quality of goods and services,” he added. – PT