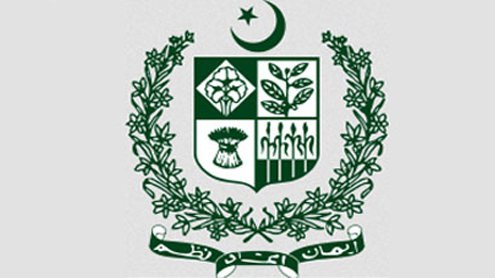 KARACHI: Pakistan’s import bill of different goods and commodities has seen a decline of 3.3 percent in the first half of current financial year (1H FY13) due to decrease of expense under the head of food items, textile group, agriculture and chemicals, machinery and transport sectors.

The Pakistan Bureau of Statistics (PBS) reported the overall import bill of the country was recorded at $21.92 billion in the period of July to December 2012-13 as compared to its value of $22.67 billion registered during the same period pervious year.The import bill of agriculture sector registered a decline of 16 percent to $3.77 billion in 1H FY13 as compared with the same period of last financial year in which it stood at $3.13 billion.

The imports of readymade fertilizer products, insecticide and medicinal products saw a significant drop in the wake of decline in demand of local agriculture sector.The import bill of food items was reduced by 17 percent in first six months of FY13, as it fell to $2.15 billion in the said period as compared with $2.61 billion in the same period previous year.The textile group also saw decline in imports by 9.9 percent to $1.11 billion in 1H FY13 versus $1.22 billion in the same period of previous financial year. The major imports’ decline was seen in the raw material of various products such as synthetic fibre, artificial silk yarn.

The transport sector imports were seen under control, showing marginal decline of 7.5 percent to stand at $951.312 million versus $1.02 billion of the expense recorded in pervious year. The drop of the transport sector was seen on the lower demand of locally-made cars that caused decline of completely knocked down kits.The metal group imports increased to $235.895 million with growth of 4.32 percent in values in the first six months of the current financial year as against import expense of $238.895 million recorded in the said period of last year.

On the other hand, the oil imports increased due to rising demand of petroleum products in the transport and power generation sectors. The consumption was a stimulus due to reduced oil prices in the local markets as the government passed on the impacts of international trend in prices.The PBS figures said that the imports of petroleum products surged to $7.69 billion in the 1H FY13 as compared with $7.61 billion, showing an increase of 1.15 percent in value.The machinery group imports surged to 4.0 percent to $2.9 billion in July to December. The imports of power generators and telecom apparatus saw a significant rise during the period, registering 35 percent and 53 percent jump in values, as their cost reached to $173.680 million and $132.558 million, respectively. – DailyTimes