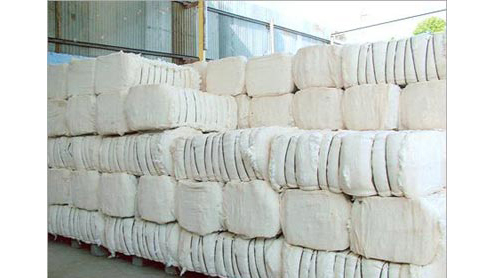 ISLAMABAD: About 12.022 million cotton bales have arrived in the local markets upto January 15, 2013 for local consumption as well as to exports as compared to the 12.829 million bales of same period last year.

According the estimates of Pakistan Cotton Ginners Association (PCGA), about 8.785 million bales arrived from the Punjab Province which is one of the largest producers of the major cash crop in the country, said Cotton Development Commissioner in the Ministry of Textile Industry, Dr. Khalid Abdullah.Talking to APP he said that cotton arrival in Punjab during the same period of last financial year was recorded at 10.312 million bales.

However, he said that cotton arrival from the Sindh in the local markets registered increasing trend as it was recorded at 3.296 million bales as compared to the last year’s arrival of 2.516 million bales.Out of the total arrived cotton about 200,586 bales have sold to the exporters and 10.234 million bales have sold to the local textile industry for fulfilling its requirements as well as exporting the textile products, he added.Dr. Abdullah further informed that about 1.586 million bales remained unsold in the local market upto January 15, adding that about 239,024 cotton bales exported during the period from July-November 2012.

Cotton Development Commissioner said that cotton exports were recorded at 352,353 bales during the same period of last financial year, he added.Meanwhile, the import of cotton in the country registered increasing trend as it was up by 71.87 percent as compared to the period from July-November as about 539,212 cotton bales imported against the imports of 313,724 bales of same period last year, he added.Cotton Development Commissioner informed that prices of cotton in international markets were recorded at 84.1 cents per pound in Index-A where as it was recorded at 77.33 percents per pound in New York Cotton Market.Cotton was traded at 133.2 cents per pound in China Cotton Market, while, it was traded at 74.00 percents in Indian markets, he added.By January 15, cotton trading in local market was recorded at 73.34 cents per pound or Rs. 6323 per 40 kg, he added. – Brecorder