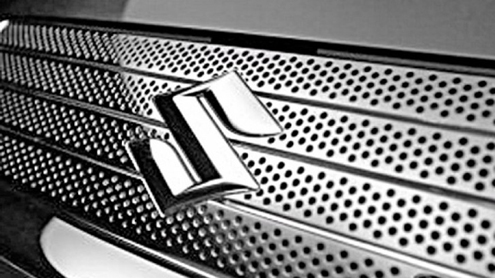 ISLAMABAD: The Pakistan Suzuki Motor Company Limited (PSMC) has increased the prices of Suzuki vehicles by 20,000 due to increase in price of dollar in the open market.

The Pakistan Suzuki Motor Company (PSMC) has decided to increase prices of its vehicles by around Rs 20,000 to Rs 25,000 per unit.The company in October 2012 had increased prices of its locally assembled cars and light commercial vehicles by a similar quantum consequently the prices of Mehran VXR E2 were Rs 632,000 and Mehran VX E2 price Rs 575, 000. The total increase in the last year was Rs 65,000 for this car.

Suzuki Cultus VXR E2 price was Rs 985,000 and the total increase in last year for this car has been of Rs 60,000. The total increase in last year was Rs 89,000 for Swift DX and Rs 75,000 for DLX, according to dealers. Bolan’s price has been increased by Rs 65,000 during last year.Meanwhile, Suzuki Ravi witnessed a total increase of Rs 65,000 last year.It is to be noted that Maruti Suzuki India has already announced price hikes of its vehicles by up to Rs 20,000 on Tuesday to offset the pressure of adverse currency fluctuation. – OnlineNews