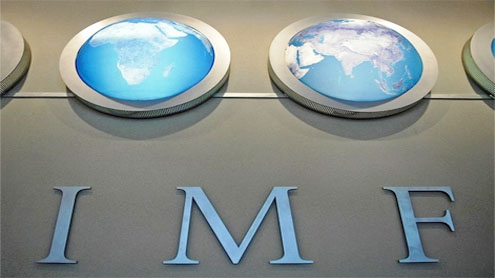 KARACHI: Pakistan is all set to repay the International Monetary Fund’s (IMF) fifth instalment of Stand-by Arrangement (SBA) facility of $100.5 million by October 1, 2012, said an official in the Ministry of Finance on Tuesday.

He pointed out that during the current fiscal year Pakistan has made debt payments amounting to $2.58 billion (inclusive of $809 million to IMF) and other miscellaneous payments of $1.52 billion, while receipts from multilateral and others amounted to $1.21 billion.Pakistan made the first instalment under IMF’s SBA facility of $399 million in February 2012, whereas the second instalment under the facility amounting to $394 million was also made successfully in May 2012.Pakistan has to pay $3.4 billion in FY 2012-13, $3.43 billion in FY 2013-14 and $1.35 billion in FY 2014-15 to retire IMF’s loan, he added.

Pakistan would possibly face a 5.0 percent increase in value of IMF loans repayment due to dollar-rupee parity in the next three to four years, said a foreign currency expert in Texas USA, Fazal Ahmad.Pakistan will likely go to IMF in fresh FY 2012-13 to seek loan for the retirement of IMF’s SBA facility.Modalities are being carried out for a meeting of IMF officials and Pakistan’s finance managers, he added.November 2012 and February 2013 are on the agenda for arranging talks between IMF and Pakistan officials while new terms for seeking new loan are underway.

The IMF would prefer to talk with the elected government representatives rather than members of the caretaker government, he added.The country will have to pay more than $7.82 billion in 12 different instalments from 2011-12 to 2014-15.The economy of the country has been badly hit by huge government borrowing, power and gas crisis and uncertain political and law and order situation, he added.The IMF is still pressurising Pakistan to initiate economic reforms to tackle challenges the country is facing.

However, the government was unable to implement key benchmarks agreed with the IMF, bringing the central bank’s borrowing to a desired limit, enforce general sales tax (GST) on goods and services in integrated mode, eliminate power sector subsidies and keep the budget deficit within the agreed limits.The move by Pakistan government to choose short-term gains over long-term economic stability is risky.

The IMF wants Pakistan to raise tax revenue from the present 10 percent of gross domestic product (GDP) to 15 percent of GDP by 2013, which is peril for the economy.The burden of subsidies along with higher security-related expenditures exerted continuing pressure on the fiscal system and adjustment path was affected.The IMF is not happy over the performance of Pakistan government as the government failed to lessen Rs 1 trillion financial deficit besides provided power subsidy of Rs 295 billion, which annoyed the donors.

The fund also put a proposal before Pakistan that surplus cash crops would be kept under the IMF supervision, he added.The coming months till December 2012 are vital for the government as the economic indicators are not favouring the country’s economic situation. – Dailytimes