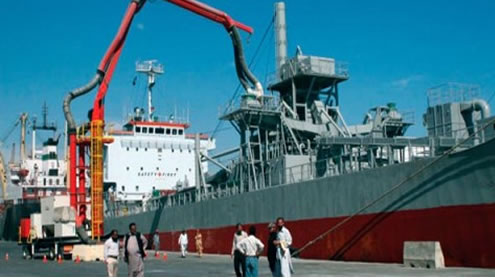 KARACHI – The market observers foresee some tough challenges ahead for the Lucky Cement a consortium which has acquired 76 percent shareholding in the ICI Pakistan from its Dutch owners at a cost of $ 152.5 million.

The deal was reached in Amsterdam on July 27 after a Share Purchase Agreement (SPA) was inked between the Yunus Brothers Group “YBG”, Pakistan’s leading conglomerate, and Omicron B.V., a subsidiary of AkzoNobel N.V. Netherland for the acquisition of 75.81 percent shareholding in ICI Pakistan Limited. The YB Group companies participated in this transaction include Lucky Cement, Yunus Textile Mills, Gadoon Textile Mills, Lucky Textile Mills and YB Pakistan. Payable in equivalent Pak Rupees, the payment of $ 152.5 million would be subject to certain adjustments based on lock box mechanism for cash and indebtedness to be ascertained as per the terms of the agreement.

“This acquisition is a part of the Group’s strategy of diversification and entry into businesses that are integral to the economic fabric and opportunities in Pakistan,” said Lucky Cement Monday. It said the consortium was intent to invest in the existing businesses of ICI Pakistan for continued growth whilst evaluating additional opportunities to maintain its leadership position. The Group also intends to retain the existing experienced management of ICI Pakistan which it said was the “most critical component” for the development of the company.
“With relatively less-leverage balance sheet, Lucky cement is planning to take benefit of gearing the transaction from debt side amid borrowing the major part from banks,” viewed InvestCap analyst Abdul Azeem.

“If the company goes with the first option i.e. with 50% leverage financing, we expect the existing dividend policy to be curtailed down as company will be financing 50% of acquisition cost from its own internal resources,” the analyst said. However, the analyst said if the company opted for financing the acquisition through 100 percent debt, the company would maintain its current payout policy which has stood average 34% payout during last three years. Topline Research’s Farhan Mahmood, however, believes that while the ICI share price would rally that of Lucky may come under pressure on account of the latter’s consortium’s aggressive bidding for the ICI.

“Investors may take opportunity to buy ICI to make money from the tender offer while they may offload Lucky amid fear of low dividend payout as it may divert funds for this acquisition,” he said. The analyst said the Rs 8.4 billion transaction, including the tender offer, would be financed through 50 percent equity and 50 percent debt. Lucky Cement, backed by better margins amid high cement prices and decline in coal prices, may generate Rs 11-12 billion during FY13 and would thus be well positioned to retire a portion of the debt earlier. The short-term cost and benefit for the cement giant would be as follows: Opportunity loss on its Rs4bn cash holdings amounts to after tax loss of Rs0.3bn (per share impact Rs0.95) assuming return of 12%.-Pakistantoday