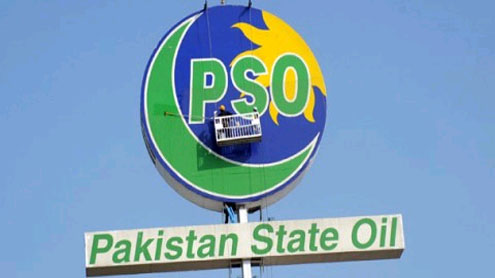 ISLAMABAD: The state owned Pakistan State Oil (PSO) has intimated to the government that from now onwards it would be supplying furnace oil on credit to the power producers only on the written orders of the either of the ministers for petroleum, water and power or finance, an official source said.

The development took place after the PSO board directed the management to stop supplying fuel to the independent power producers (IPPs) on the verbal instructions of the ministers. PSO’s outstanding amount has risen to Rs 270 billion.The state owned company used to provide fuel to the power sector on the verbal directions of any of the three ministers. Non timely clearance of the dues created a financial crisis for the company. The board instructed the management to follow only the written orders of the ministers, as only then they could pursue the recovery.

After the decision of the board, PSO from Tuesday cut the daily fuel supply of 5,000 tons to Hub Power Company (HUBCO) to half with the warning that if the total bill amount was not cleared on daily basis then the supplies will be stopped, the source said. The outstanding amount of HUBCO alone have amounted to over Rs 100 billion.The government, he said, has yet not given any reply but the Petroleum Ministry has supported the move of PSO. The company has been in dire straits due to the non payment of fuel oil arrears by the Pakistan Electric Power Company (PEPCO). The PSO board has advised the extreme step as without implementing the pay on cash basis, the crisis could not be resolved.

PSO has also decided that it will be supplying fuel to power producers only on advance payment. All the power sector entities have been informed of the decision. This step was taken to avoid default as other than PSO no entity of the power sector was aware of the gravity of the situation. The company has made a very timely move as it was aware that the government could not pressurize it any more.The demand will force the government to direct the inefficient DISCO to improve their recovery campaign.

They have an outstanding recovery of Rs 375 billion out of which Rs 215 billion is against the government departments. To improve the financial flow, Power Ministry has stressed numerous times at source deduction of outstanding provincial and federal government dues. Ministry of Finance is totally against the demand saying that after devolution was not possible without the consent of provinces.

Ministry of Water and Power recently received a strong rebuke from the Ministry of Finance which advised it to make its own efforts for the payment of Rs 18.5 billion to eight independent power producers (IPPs), which had invoked sovereign guarantees. The total liabilities of IPPs have increased over Rs 238 billion. The government has promised IPPs in May this year that at least Rs 18.5 billion will be paid immediately to clear their due loan installments. However, despite the promise no amount was released.