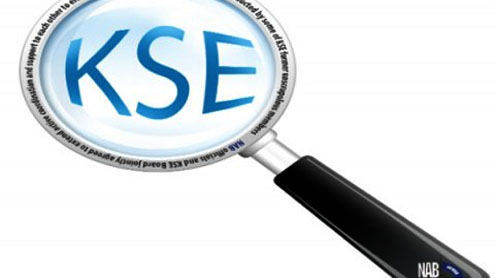 A 300-point plus bull rout while the financial capital is gripped by horror is a strange decoupling of the bourse from vital fundamental indicators.

While the (market) impact of bin Laden’s assassination was mute predominantly because of low volumes that marked the market since the ’08 collapse, reaction to otherwise startling news has been somewhat contained. “The market’s absorption rate has increased significantly,” says Hammad Malik, research head at First National Equities and part-editor of widely circulated investment advisory newsletter Financial Correspondent. “There is a disconnect between interpretation of event-signals over here and abroad. Here the market has priced in such occasional disturbances as routine behavior,” he adds. “Outside, they are viewed as existential threats to the country.”

Previous examples: The last bull run to run into suicide bombings and civil disturbance came in the boom years of the Musharraf-Aziz setup, when efforts to promote financial markets resulted in irrational exuberance that wrecked the bourse as well as investors. The market impact of similar shocks was far greater at that time, when it hovered around the 16,000 mark. Since the collapse almost four years ago, volumes have been thin, till the trend changed dramatically with the turn of the current calendar year. The sudden rise past the psychologically significant 14,000 barrier has surprised some observers. “It’s a very strong trend, but it’s not nearly as stellar as the euphoria leads pundits to believe,” warns Hamad of FNE. “Prices on offer are still relatively cheap, they have not risen as much as they should have considering the index.

The main rally was caused by the petroleum sector, because of its heavy weightage,” he explains, adding that it is not unusual for certain sectors to magnify market increase even as prices do not rise much across the board.Overbought?“I wouldn’t say the market is overbought. Cement maybe, but that too just this past rally that jacked up cement scrip prices by Rs15 or so,” he says. “There’s still a lot of room though. For example, back in ’08 when the market was good, DGK went for 130, now it’s at 40.” The price gap is too large to warrant an overbought verdict. The market buys this explanation, and apparently so does the middle class mob that crowds it, operating from remote terminals in their offices, etc. They have learned their lesson well from last time, and are careful in their entries and exits this time.

“There’s no reason for me to let events beyond my control affect my thinking about the right way forward. The same is true for the collective market and it seems to understand this,” according to Asad, a high-ranking IT executive at a media powerhouse, and a serious daily trader. “This is very encouraging,” he says adding, “it is crucial for the market to remain unaffected. Should it nosedive every time there is a matter of serious concern, its fate would not be much brighter than the overall economy’s.”Tendencies towards bubble? “Not really.” Hammad’s answer seems far more profound than the usual end-is-near chatter beginning to emerge with increasing intensity and frequency. The rise is fast, but it’s a self-correcting one.

There are frequent retracements, keeping the trajectory in check. “If it rises 300 points one day, and drops 150 the next, the net rise is only 150 isn’t it?” he shrugs just as the market closes on the screen in front of him, and an imminent 150 drop or no, the rise past 300 for the day seemed to please him plenty. The near-to-medium-term direction of the KSE seems a one-way bet, and whether or not the market is on way to swelling to bubble proportions will still take time to become certain. For the moment there is little to worry about. Cement is still bid, fertiliser’s cyclical gain time has come, banking scrips are on the rise, and (again) the market clocked 300-plus despite the Liyari crackdown. Exogenous shocks and our market are a world apart. – PT