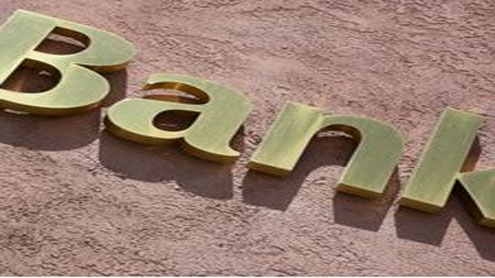 KARACHI: Analysts were split over whether Pakistan’s central bank on Wednesday would cut interest rates by 50 basis points to promote economic growth amid easing inflation, analysts polled by Reuters said.

Six of the 11 analysts polled expect the SBP to trim the key policy rate by 50 basis points, to 11.50 percent, while the others anticipate it will remain flat at 12 percent. Since the start of the 2011/12 fiscal year (July-June), the central bank has cut interest rates by 200 basis points.

“Although the SBP has reduced the discount rate by a cumulative 200 bps since July, underlying economic activity remains sluggish,” said Raza Jafri, deputy head of research at AKD Securities Limited. “Considering that inflation is shaping up for an increase in the second half of the 2011/12 fiscal year, we believe the SBP will avail this ‘window of opportunity’ and cut the discount rate by 50 bps.” The monetary policy is announced every 2 months, therefore this is the last time the central bank has an opportunity to cut interest rates before an anticipated rise in inflation in January. The next monetary policy after Wednesday’s will be announced towards the end of January. In October, Pakistan’s consumer price index rose 11 percent from the same time last year, but is still below the key policy rate, currently at 12 percent. As the central bank usually uses inflation as a benchmark for the direction of monetary policy, the gap of 100 basis points between inflation and the discount rate provides the central bank with a window of opportunity to cut the interest rate, according to analysts.

Inflation is expected to rise again from February onwards, as the base effect fades away. However, five of the 11 analysts polled expect the central bank to keep the key policy rate unchanged, because of pressure on the external side, such as a widening current account deficit and a depreciating rupee.“Perhaps the most worrying development over the follow-up of previous monetary policy statement (a 150bps rate cut) is the widening current account deficit, and the pace of it,” Saad Khan, analyst at Arif Habib Limited. Pakistan’s current account deficit stood at a provisional $220 million in October, compared with a deficit of $1.034 billion in the previous month, the central bank said.

Between July-October the deficit stood at a provisional $1.555 billion, compared with $541 million in the same period last year, according to data from the SBP. The rupee hit a record low on Monday, touching 88.08 to the dollar on increased import payments and negative regional sentiment on currencies. The International Monetary Fund (IMF) also assessed that the outlook for Pakistan’s economy for the current year ending June 2012 was “challenging”, dealers said. In a statement last week, the IMF said that ongoing security concerns were likely to limit capital inflows.Factors to watch: An interest rate cut of 50 bps would be welcome on the Karachi Stock Exchange, but would be unlikely to give a major boost at a time of worries about the global and domestic economic outlooks and political instability. – Dailytimes