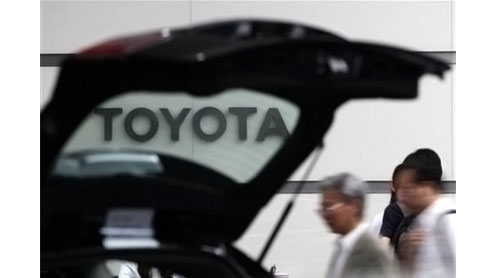 TOKYO: Toyota Motor Co. is recalling 550,000 vehicles worldwide, including more than 420,000 in the United States, to replace an engine component that could hamper steering, the Japanese automaker said on Wednesday.

The recall is the latest in a reputation-damaging series that began in the fall of 2009, mainly involving complaints of unintended acceleration linked to defective floor mats and gas pedals.This recall affects 283,200 Toyota and 137,000 Lexus vehicles in the United States, bringing the total in the country so far this year to a little more than 3.3 million vehicles.

Toyota will replace the crankshaft pulley on the six-cylinder engines of the models.The company said the outer ring of the pulley may not be aligned with the inner ring. If the condition were not fixed, a component of the power steering pump could be detached from the pulley and force the driver to put in more effort to steer.About 27,000 vehicles were recalled in Canada and 38,000 recalled in Japan, a Toyota spokesman said. – AEABNEWS