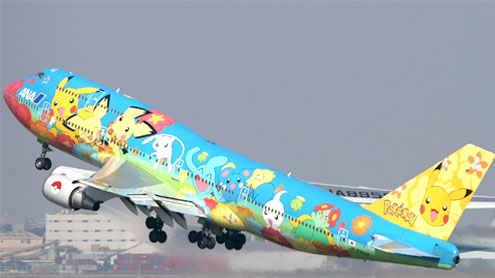 After three years of delays, Boeing’s Dreamliner jet is set for its maiden commercial voyage.

The All Nippon Airlines (ANA) flight will take off from Tokyo around 1230 local time, bound for Hong Kong.The Dreamliner had originally been scheduled for delivery in 2008, but Boeing has suffered a string of setbacks.Boeing plans to make 10 of the planes a month from 2013.Wednesday’s flight is a special charter, with normal services due to start in November.Light and fuel efficient

Because of the materials used in construction, Boeing says the Dreamliner is about 20% more fuel efficient than similarly sized models flying today.That would be a big help for airlines coping with the high cost of jet fuel, which is usually their biggest single cost.

Japan, a country in which Boeing dominates rival Airbus, is a major market for the Dreamliner.ANA will take delivery of dozens more of the aircraft in the coming years.But Boeing’s delays have hurt its business.Last week, China Eastern Airlines cancelled orders for 24 Dreamliners, rather than wait for production to pick up.