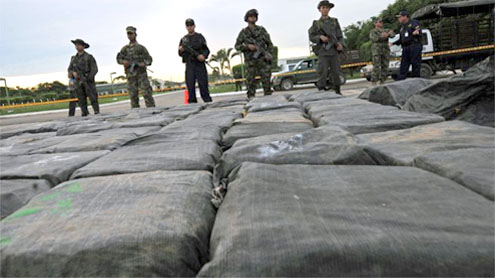 Morocco: Some 1.6 trillion dollars is estimated to have been laundered by criminals in 2009, but only one percent of the sum has been seized and frozen, according to a UN report released Tuesday.

“Criminals, especially drug traffickers, may have laundered around 1.6 trillion dollars (1.2 trillion euros), or 2.7 percent of global GDP, in 2009,” the United Nations Office on Drugs and Crime (UNODC) said in a report released in the Moroccan city of Marrakesh.But less than one percent of global illicit financial flows is currently being seized and frozen, the report said.“Tracking the flows of illicit funds generated by drug trafficking and organised crime and analysing how they are laundered through the world’s financial systems remain daunting tasks,” said Yury Fedotov, UNODC executive director.

According to the report, the total amount of criminal proceeds generated in 2009, excluding those derived from tax evasion, stood at about 2.1 trillion dollars.Revenue from transnational organised crime like drug trafficking and small arms smuggling, stood at about 1.5 percent of global GDP, with 70 percent of the proceeds likely to have been laundered.

The drug trade is the most profitable sector of organised crime, accounting for half of all proceeds of transnational organised crime and a fifth of all crime proceeds all together.Out of all the drugs, cocaine is the most profitable, with traffickers’ gross profits standing at 84 billion dollars in 2009, with 35 billion coming from sales in North America and 26 billion in West and Central Europe. – Khaleejnews