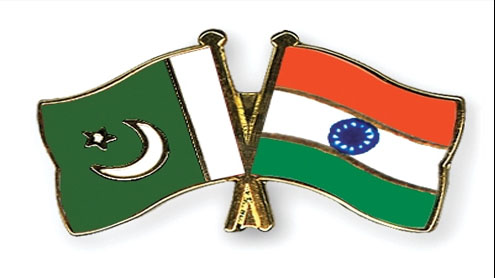 ISLAMABAD: Pakistan and India Thursday developed a clear roadmap for trade development, focussing on establishing working groups to resolve issues and reducing non-tariff barriers to enhance bilateral trade and economic cooperation. “The joint statement of the 5th round of talks on commercial and economic cooperation provides a clear roadmap for enhancing trade and economic relations between the two countries,” Commerce Secretary, Zafar Mahmood said.He was addressing a press conference after the conclusion of 5th round of talks on commercial and economic cooperation between the two countries. The Indian side was led by Commerce Secretary, Rahul Khullar in talks while Pakistani side was headed by Secretary Commerce.Zafar Mehmood termed the 5th round of talks  more comprehensive and productive as compared with the last four rounds, saying that it provides a clear roadmap for the promotion of trade.According to the joint statement, Pakistan recognized that grant of Most Favorite Nation (MFN) status to India would help in expanding the bilateral trade relations whereas both the countries agreed to remove the Non-Tariff Barriers and all other restrictive practices which hamper bilateral trade.

Pakistan would take immediate necessary steps to ensure that non-discriminatory trade regime is operationalized at the earliest, the joint statement said adding the consultative process in this regard has been set in motion and information from all stakeholders is being collected to replace the present ‘Positive List’ with ‘Negative list’. The process would be completed by October, 2011.Both the sides expressed the intent to explore the possibility of entering into a mutually agreed preferential trade agreement to further promote bilateral trade by extending tariff concessions on products of export interests to both the countries.Both sides agreed that increase in trade and economic engagements would not only help national development but would also contribute to building trust between the two counties.Both the sides decided to build confidence, dispel misunderstandings and support the business communities in promotion of bilateral trade.A Working Group (WG) was formed to address and resolve clearly identified sector-specific barriers to trade as both the countries realize that reduction or removal of both tariff and non-tariff barriers (NTBs) was necessary to promote trade. The first meeting of the WG would be held by September 2011.

Need for closer coordination to open the second gate and new dedicated roads for passenger and freight traffic was also realized. It was agreed  that the Joint Technical Group for promotion of trade and travel would meet in June 2011 and thereafter every month to ensure adherence to the October 2011 timeline on both sides.Both the sides decided to expand trade through Wagah-Attari and it  was also agreed that Pakistan would remove its present restrictions on trade by land route as soon as the infrastructure to facilitate mutual trade is completed. The timeline for this purpose has been set as October 2011.It was also decided that Customs Liaison Border Committee would meet at least once in two months to resolve any operational issues at the filed level at Wagah-Attari.
Both the sides agreed that the Sub-group on Customs Cooperation would meet in New Delhi before 15 June for harmonization in customs procedures, facilitation of trade consignments, exchange of trade data and information.It was decided to undertake a new initiative to enable trade of  electricity between both countries. A group of experts from both the  sides would be formed by June 2011 to examine feasibility, scope and modalities of such trading.

It was also agreed that a group from both the sides would be set up by June 15, 2001 to workout how to initiate and substantially expand trade in all types of petroleum products.A new initiate to promote bilateral trade in Bt. Cotton seeds was identified to facilitate Pakistani farmers and its textile industry with raising cotton yields and better cotton security.Both the sides agreed that facilitating grant of business visas was essential to expand trade and desired to create an enabling environment and encourage chambers of commerce and industry on both sides to form officially recognized joint chambers at the apex and regional levels.Promotion of bilateral investments and cooperation in information technology was agreed besides opening of bank branches in each other’s countries.

The Trade Development Authority of Pakistan (TDAP) and Indian Trade Promotion Authority (ITPO) will collaborate on trade promotional activities.TDAP would send a draft MoU to ITPO for mutual cooperation by Juen 2011.According to joint statement, a Joint Working Group on Economic and Commercial Cooperation and Trade Promotion would be co-chaired by Joint Secretaries of respective departments of commerce that would implement decision taken during this round of talks and any other trade promotion issues that may arise from time to time.It was also decided that commerce secretaries of both the countries would meet bi-annually to oversee the functioning of this JWG.To a question, the commerce secretary said that road access to India for trade would be considered after the resolution of political issues between both the countries. – APP