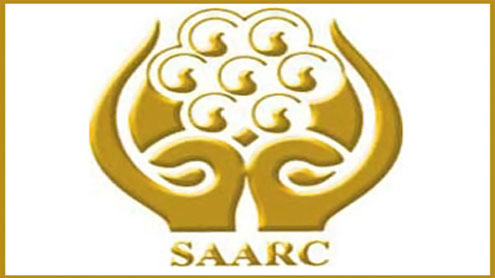 LAHORE: SAARC Chambers of Commerce and Industry (SCCI) can play a pivotal role in deepening and widening economic and regional co-operation with special focus on stamping out the ever increasing menace of terror in the region.It was stated on Sunday by Vice President SCCI Iftikhar Ali Malik currently visiting India on 5-day tour while talking to his Indian counterpart Vikramjit Singh Sahney at New Delhi.Iftikhar said that SCCI has fully supported the government-industry partnership and remained engaged in dialogue with governments of the SAARC region. He said that successful SAARC conference held in Islamabad recently was a one good step towards normalization of relations between the two nuclear states.

He stressed an urgent need for promotion of regional and economic cooperation in South Asia, however, political tensions and development constraints that the region has faced over the years played a decelerating role in economic integration of South Asia.If all the SAARC member countries pool and harness their indigenous resources, it will definitely help to improve socio-economic conditions and welfare of their respective people, Malik added.The intra-regional trade figures for South Asia are disappointing as trade in the region constitutes only 1.4 percent of the total world imports and 1.2 percent of exports, whereas merchandise trade is only 27.9 percent of GDP, the lowest in the world.

He said that World Development Indicators have revealed South Asia houses 1.4 billion world’s population thus representing a large workforce, tremendous business and investment opportunities.Although South Asia has significantly reduced import tariffs, the cost of trading across its borders is one of the highest in the world. A number of non-tariff barriers have been identified which hamper trade and increase cost.Malik said that SCCI, an apex organisation of SAARC and a representative of the private sector has worked to create awareness about regional integration through various activities in the region and beyond.He said SAFTA (South Asian Free Trade Agreement) must also be made more effective to revive economic cooperation for free trade in the region. – Brecorder