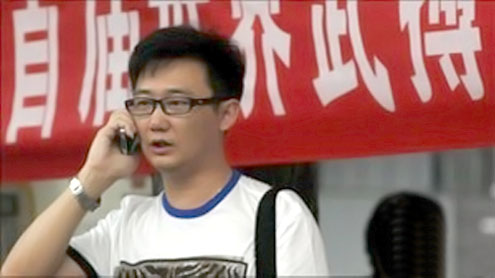 China Mobile, the world’s largest mobile operator, has surpassed 600 million subscribers after increasing its number of customers in rural areas.The company added 16.8 million users between January and March, it said.China Mobile also said its profits climbed 5.4% to 26.9bn yuan ($4.1bn; £2.5bn) in the quarter, compared with the same period a year earlier.Chinese telecom companies are trying to increase revenue per user by selling more third-generation mobile services.China Mobile and its competitors have seen a decline in revenue per user because of their expanding user-base in rural parts of China.

Rural customers tend to spend less on their monthly phone bills.China Mobile said its average revenue per user fell to 67 yuan per month in the three months ending in March, from 76 yuan per month at the end of December.”We know 50% of the new mobile subscribers for China Mobile are from the rural areas, which is contributing less to the average revenue per user,” said Victor Yip from UOB Kay Hian in Hong Kong.China Mobile has said it aims to battle this decline by adding users of third-generation (3G) mobile services, which offer faster data speeds at a higher price.The company plans to invest in its network and add wireless hotspots to attract customers to smartphones.China Mobile has the largest number of 3G users compared with its rivals China Telecom and China Unicom. – BBC