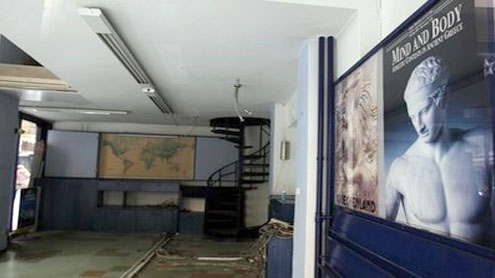 Greece: Greece’s Finance Minister said the crisis-hit country can deal with its mountain of debt and insisted that renewed access to bond markets is still possible in 2012 despite spiraling borrowing costs.”I believe that Greece’s debt is absolutely sustainable … But that is based on the implementation of the (2011-2015) adjustment program,” he said Wednesday.Papaconstantinou spoke as the country’s borrowing costs remained high on speculation that Greece will have to restructure its debts. The difference between the interest rates on Greek and German ten-year bonds is over 11 percentage points, a staggering difference given the two countries use the same currency and operate in the same interest rate regime.The Greek government has repeatedly denied it is considering such a move and has promised to forge ahead with an ambitious privatization program worth euro50 billion ($71.5 billion) through 2015 that has already run into strong union opposition.Union are planning a general strike on May 11, while a powerful electricity workers’ union warned Wednesday it was considering rolling strikes ahead of that date.

Papaconstantinou again denied that restructuring is on the cards.”It is a very interesting debate but we don’t care to join in,” he said. “(Restructuring) would carry great dangers for the economy, (pension) funds and households.”The spike in Greek borrowing rates, he argued, was due to a “cacophony” of conflicting statements by European finance officials on the restructuring issues. High borrowing costs have locked Greece out of bond markets.The country nearly went bankrupt last year, and is being kept solvent by a euro110 billion rescue loan package from its European partners and the International Monetary Fund that will last through mid-2013.Papaconstantinou said the government expected bond spreads to ease after the summer once a bailout loan with troubled Portugal is hammered out.”I think the Portugal deal will get done and after the summer the picture in the markets will look quite different,” he said.Without an easing in Greece’s borrowing costs, it’s going to be very difficult for the country to be able to tap long-term investors for cash by next year. Papaconstantinou said the plan remains.

“I stand by the position that we intend to return to the market as soon as possible and by early 2012 at the latest,” he said.head of a visit to Athens by debt inspectors next month, Greece is struggling with week revenues that are threatening to throw the austerity program off target.Papaconstantinou said an additional euro3 billion in savings for 2011, announced last Friday, would “cover any possible dangers.”Early signs of slippage were revealed Wednesday, with state budget figures for the first quarter of 2011 showing a 7.5 percent increase in the deficit in the first three months to euro4.7 billion, or 7.5 percent worse than a year earlier. Revenues, as expected, faired even worse and dipped by 8 percent to euro11.1 billion, according to a Finance Ministry statement that broadly confirmed an earlier estimate.The latest 2011-2015 cost-cutting reforms are due to be voted by parliament in May, Papaconstantinou said. – Yahoonews