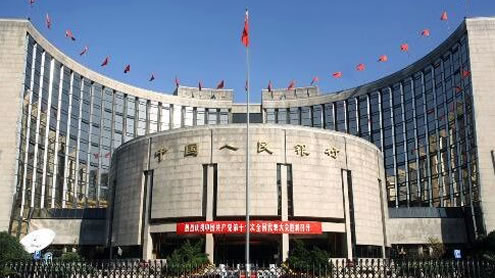 BOAO – China’s monetary policy tightening will continue for some time because inflation remains higher than the government is comfortable with, with the yuan being one of the tools used, the country’s central bank governor said on Saturday. Zhou Xiaochuan, head of the People’s Bank of China (PBOC), said China was using the yuan as a tool in fighting inflation and will make the currency more flexible over time. The yuan has risen 4.5 percent against the dollar since the end of a de facto peg last June, and is up nearly 1 percent so far this year on the central bank’s guidance. “The shift from a moderately loose monetary stance to a prudent one means tightening, and this stance will continue for a while,” Zhou told a press briefing on the sidelines of the Boao Forum for Asia on the tropical Chinese island of Hainan.

Zhou said the March inflation reading of 5.4 percent from a year earlier was higher than the government target, meaning the central bank had to take further measures to ease price increases. But he said China would be cautious in raising borrowing costs out of concern for attracting inflows of speculative capital seeking returns not only from yuan appreciation but the higher interest rates. “The international market has excessive liquidity, and if we raise interest rates in an excessive or aggressive manner, we may attract big hot money inflows,” Zhou said. China’s central bank has increased benchmark interest rates four times since last October and has required the country’s big banks to set aside a record-high 20.0 percent of their deposits as reserves with the central bank.

Responding to a question on whether there was a ceiling for the reserve ratio, Zhou said there was no absolute upper limit, leaving open the possibility of further increases. Zhou said China’s rare trade deficit in the first quarter was mainly caused by commodity price increases, and that China does not welcome a deficit for such a reason. He said the yuan would be used more often for settling trade in future if the dollar proves “unstable”. “If the dollar proves very stable, people may still want to use the dollar; but if the dollar and other major currencies prove unstable, then traders would naturally prefer local currencies,” Zhou said. The yuan will be fully convertible one day but there is no timetable for that, he said. He added that China was still under-represented at the International Monetary Fund and World Bank in terms of the size of the Chinese economy.  – khaleejtimes