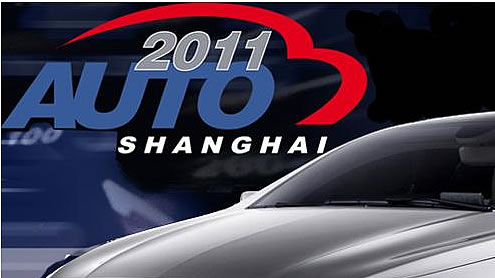 HONG KONG — Global automakers are bringing their flashiest SUVs, luxury sedans and electric concept cars to Auto Shanghai, China’s biggest auto show of the year, as the industry reels from disruptions caused by the massive earthquake and tsunami in Japan last month. The show has become one of the industry’s most important as automakers look to booming China to drive profits. China overtook the United States in 2009 as the biggest auto market and growth stayed strong through the global crisis. General Motors, Toyota, BMW and others, including China’s own small but fast-growing brands, are working hard to woo China’s newly prosperous buyers. World premieres are planned for a new Chevy Malibu, a BMW luxury coupe and other models, putting Shanghai on a par with auto shows in Detroit, Tokyo and Frankfurt as a global platform for new products. Illustrating China’s rise in the auto world, French automaker Peugeot will show off its SXC, which was conceived at its Shanghai design studio. The futuristic concept car features a conventional gasoline engine driving the front wheels and an electric motor powering the rear, sleek narrow headlights and rear-hinged doors. The 14th Shanghai International Automobile Industry Exhibition opens Tuesday to reporters and to the public on Thursday. “Nobody wants to lose out here and everybody wants to play a key role,” said Johan Willems, a Shanghai-based spokesman for GM International Operations.

“Yes, the sales growth is a little bit slower than before, but it’s still growing. This is the biggest market in the world,” he said, adding that he’s optimistic the auto industry will bounce back from production disruptions. “Companies will deal with it, but I don’t think there’s any long-term impact on vehicles sold.” The global industry is struggling to rebound from the loss of components caused by Japan’s March 11 earthquake and tsunami, which killed some 25,000 people, caused power shortages and forced factories to shut down. Shortages of crucial parts have forced automakers to temporarily idle some production lines or cut back output at factories in Europe and the U.S. Toyota Motor Corp., the world’s No. 1 automaker, has announced temporary production halts in Europe and North America due to parts shortages. The company, which has shut down all output in Japan except at three plants, will resume some limited production at its other plants in the near term. Nissan Motor Co. is suspending production for several days in April at plants in the U.S. and Mexico. Ford Motor Co. also says several North American plants would be closed for part of April. Chrysler Group LLC is cutting overtime at plants in Canada and Mexico to conserve parts.

China’s market is crowded with global brands, which usually operate through joint ventures with local partners, and fledgling Chinese producers such as Geely Holding Group, the new owner of Sweden’s Volvo Cars, and Chery Automobile Co. Automakers have been silent about the possible impact of last month’s disaster in Japan on their China operations. “Normally, China is very self-sufficient in auto production because you have a lot of spare parts locally produced. However, there also are some critical parts, like electronics, like transmissions systems, that are imported from Japan,” Klaus Paur, chief analyst for China and South Korea at Synovate Motoresearch, told The Associated Press in Shanghai. With carmakers typically holding six to eight weeks’ worth of Japanese parts in their inventories, “we are coming now, by the end of April and the middle of May, into the critical phase,” Paur said. “If in Japan, production cannot be resumed, then the stock runs out here in China, which means car production cannot be continued.” Auto companies have been forced to take a close look at their supply chains to see how well they would stand up to a similar disaster, said Ivo Naumann, managing director of Alix Partners. “It will not be so easy in the short term to move that production somewhere else, but certainly it’s a moment in time when companies reassess their global supply chains,” Naumann said in Shanghai.

China’s auto industry had a banner year in 2010, with 13.7 million passengers vehicles sold, up a third from 2009. It’s unlikely such robust performance will be repeated this year, as tax incentives for some vehicle purchases expire and cities renew efforts to bring traffic under control. So far this year, car sales have grown much slower than the monthly double digit percentage increases seen last year. Sales rose 5.4 percent in March over a year ago to 1.8 million vehicles, up from 4.6 percent in February. Still, Naumann and other analysts expect China’s overall passenger vehicle market to grow 10-15 percent a year for the next five years. Automakers in Shanghai will give buyers a first glimpse of new models that will be sold around the globe, a sign of how the balance of power in the auto industry has shifted eastward. General Motors Co. promises the global debut of an all-new Malibu, a midsize car that was GM’s biggest seller last year and which it plans to sell in nearly 100 countries. In a sign of the company’s global ambitions for the car, it will also be simultaneously revealed on Facebook. Other GM products on display will include the Cadillac CTS Coupe, Chevrolet Camaro and a Buick concept SUV. BMW, one of the top brands in status-conscious China, is planning the world premiere of a new 6 Series luxury coupe in Shanghai, along with a concept M5 executive sport sedan. Mercedes-Benz will reveal its entry-level A-Class concept car while Audi is set to unveil a new Q3 crossover.

Many automakers will also be showing off electric cars, an industry segment that China is trying to position its domestic brands to dominate. Among the 17 models Ford is bringing to the show is the Focus Electric, a battery-powered version of its popular compact that can be recharged in four hours. Also on display will be the C-Max plug-in hybrid, which can go 500 miles (800 kilometers) on one charge. BMW and joint venture partner Brilliance China Automotive Holdings Ltd. will show off a plug-in hybrid sedan based on the 5 Series sedan that is set to go into production in 2013. Toyota will feature several versions of its popular Prius hybrid, including the newest model and a plug-in version that is still in the concept stage.  – khaleejtimes