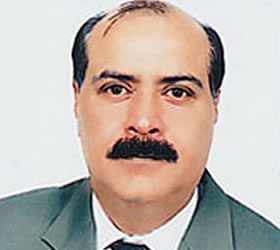 LAHORE – Renowned businessmen Shahzad Ali Malik, Sheikh Muhammad Arshad and Sohail Azhar Wednesday were elected unopposed President, Senior Vice President and Vice President respectively. All the three made their way to victory stand as nobody turned up to file nomination against their candidature. A formal announcement, however, would be made at the annual General Meeting scheduled for September 28.

The newly-elected LCCI President Shahzad Ali Malik, SVP Sheikh Arshad and VP Sohail Azhar while spelling out their priorities called for tightening of belt to wear off the intensity of ongoing economic crisis. They feared that if the belt was not tightened by both the govt and the private sector, the answer would be nothing else but more poverty.

They said that tight monetary policy was not the only solution to fast increasing inflation but it could be tackled easily by increasing production and cutting unnecessary expenditures. They said that the business community would have to spend its energies for increasing exports, particularly the exports of non-traditional items.
They said that high Mark-up was crushing the whole industrial sector like anything and this needs to be taken care of by the concerned authorities. The Federal Board of Revenue should also focus on simplification of taxes as existing procedures were cumbersome in comparison with other economies of the world.

They said that the main objective of the Lahore Chamber of Commerce and Industry was the promotion of trade and industry and all available resources would be utilized for economic turnaround as the economic meltdown had now started taking its toll and everybody in suffering badly. They said that R&D was an area which if was given proper attention could do miracles – Nation