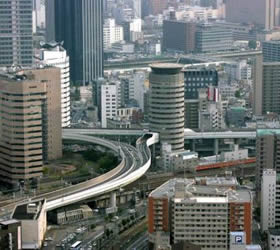 An old bungalow property in the exclusive residential enclave of Carmichael Road in south Mumbai is believed to have been sold for around Rs 300 crore.

Villa Nirmala, an over six-decade-old property, has been jointly purchased by Peninsula Land, which is part of the Ashok Piramal Group, and developer Khemchand Kothari. Interestingly, a member of the Kothari family was recently involved in a hit-and-run accident at Marine Drive.

Sources said the transaction involved a payment of Rs 240 crore plus 15,000 sq ft of space for the occupants of the bungalow once it was redeveloped. The bungalow, which has a garden at the back and occupies about half-an-acre, may give way for a skyscraper in the otherwise low-rise Carmichael Road, a declared heritage precinct. The only high-rise on this road is the 24-storey Usha Kiran which came up in the mid-1960s. Buildings in the area command prices ranging between Rs 40,000 a sq ft and Rs 90,000 a sq ft.

However, sources close to the Villa Nirmala deal said it was too early for the developers to divulge details about the project. ”We are working on it,” they said. The ground-plus-two-storey bungalow once belonged to Maharaj Kumar Khanderao Shivajirao Gaekwar and subsequently came into the possession of two families, the Wagles and Lalvanis.

Local residents told TOI that most buildings on Carmichael Road had a covenant which restricted their height and did not allow them to go beyond a certain height in case they were to be redeveloped. But, in case if the building is a cessed structure (which has tenants and constructed prior to 1940), the restrictive heritage rules do not apply and the property gets an enhanced floor space index (FSI). The developers of Villa Nirmala claim that it is not a cessed property.

In the 1930s and 1940s, Carmichael Road saw a plethora of stately homesdotting the lush hillslopes. Old-timers recalled that many of these houses were built for about Rs 1 lakh to Rs 1.5 lakh. Among the oldest is the sprawling municipal commissioner’s bungalow which came up in the 1920s. – timesofindia