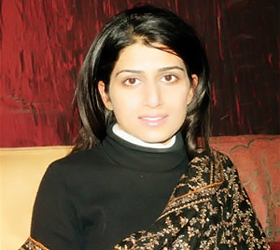 LAHORE (September 20 2010): The Minister of State for Economic Affairs, Hina Rabbi Khar, and Secretary for Commerce Zafar Mahmood will leave for Moscow on Monday to lead Pakistan delegation at the much delayed meeting of the Pakistan-Russia Inter-governmental Commission on Trade and Economic, Scientific and Technical Cooperation to further streamline economic cooperation between the two countries.

The decision to hold this meeting was taken in the summit meeting between President Asif Ali Zardari and President of the Russian Federation Dmity Medvedev in Moscow last month.

The joint declaration, issued at the end of the summit, stressed the need for making the Inter-governmental Commission on Trade and Economic, Scientific and Technical Cooperation functional for exploring the trade and investment potential. Russia is in a position to help in the energy and power sector, which is critically important for Pakistan, the declaration said.

It may be added that President Medvedev had also expressed willingness to participate in the Iran-Pakistan gas pipeline project, renovation and expansion of the Pakistan Steel Mills, upgradation of the railway tracks, and projects in the energy sector.

Talking to Business Recorder here on Sunday, Commerce Secretary Zafar Mahmood said that apart from a wide range of agenda the Pakistan delegation would also discuss with the Russian government about $100 pending claims of Pakistan businessmen which related to the former USSR era. He expressed hope that the issue would be resolved amicably – Brecorder