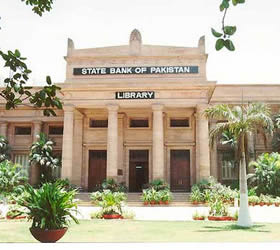 The country failed to effect improvement in foreign investment due to poor law and order situation and negative economic indicators and foreign investment declined by 40.1 percent during first two months (July and Aug) of the current fiscal year 2010-11.

“Foreign investors are still reluctant to invest in Pakistan despite the fact the democratic government is ruling the country, and during last fiscal year the country’s GDP posted 3.7 percent growth,” economists said. They said that discouraging economic indicators, worsening law and order situation, poor infrastructure and uncertainty on political front were some of the reasons.

Despite the sharp decline in net foreign investment, economists are still confident that in the remaining period of the current fiscal year, foreign investment would grow robustly due to some positive economic indicators. “We believe that in this situation, when the country is facing many challenges and uncertainty on many fronts, it’s an encouraging figure,” they said.

The State Bank of Pakistan on Friday said that foreign investment posted a decrease of $138.4 million, or 40.1 percent, to $267 million during July-August of current fiscal year against $405.4 million in same period of last fiscal year. According to SBP, portfolio investment depicted surge, while foreign direct investment continued downward slide during this period.