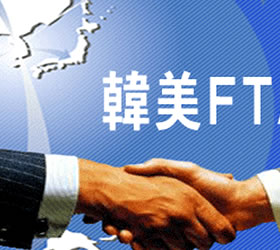 PAKISTAN and Malaysia, which have a bilateral free trade pact in place, will set up a committee to review the agreement.

The Malaysia-Pakistan Comprehensive Economic Cooperation Agreement, which came into effect in 2008, facilitates trade, investment and economic cooperation between the two countries.

Malaysia has offered to host the first Joint Committee meeting in Kuala Lumpur, led by International Trade and Industry Ministry, while Pakistan will be led by its Ministry of Commerce.
In a statement issued yesterday, Pakistan High Commission in KL said the meeting will be held this year.

Pakistan High Commissioner Masood Khalid said the meeting will review both the implementations and operations of the agreement.

“It’s an important step forward in further promoting the trade, investment and economic cooperation between the two countries,” he said.

The Joint Committee will also review the implementation and operation of the agreement, consider and recommend any amendment in the FTA, facilitate the avoidance and settlement of disputes arising from the agreement.

The various sub committees on trade in good, services; customs procedures investment and economic cooperation will submit recommendations on their areas of focus to the Joint Committee for final adaptation,” Masood said.

Under the FTA, Malaysia has reduced duties and tariffs on more than 10,000 items of import from Pakistan, whereas Pakistan has done the same for 5,921 Malaysian items under tariff-reduction schedule spanning 2008 to 2014.

In the first six months of this year, Pakistan’s exports to Malaysia recorded an 81 per cent growth, with exports of RM352 million compared with RM194 million in the corresponding period of 2009. Rice and onion are the biggest contributors. – Btimes