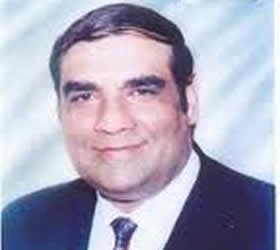 KARACHI (September 14 2010): US government should provide financial and material support to Pakistan for rehabilitation of the flood affected people, founder Chairman Pak-US Business Council and Vice President SAARC Chamber of Commerce and Industry, Iftikhar Ali Malik said during a meeting with US Secretary of State, Hillary Clinton.

Malik was of the view that US must keep in mind the devastation caused by the floods and the role of Pakistan in the fight against terrorism. He further pleaded for Pakistani products’ access to US market, which would intimately boost economic activities in Pakistan. He said Pakistan has suffered around 35 billion dollar losses due to war against terrorism and now flood has jolted its economy adversely. Hillary Clinton appreciate the role of business community in reviving economic activities in the country.-PR -brecorder