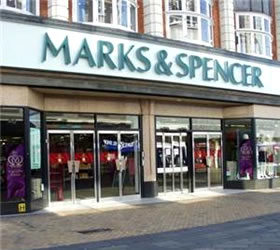 LONDON: After a British weekly’s revelation that a Gurgaon-based factory used by British retail major Marks &amp; Spencer was abusing its workers, the company has stopped placing orders with the factory.

However, M&S said it had stopped placing order with Viva Global in Gurgaon for commercial reasons.

Details of the working conditions in the The Viva Global factory were mentioned in an expose conducted by The Observer in August.

These included allegedly paying workers as little as 26 pence an hour and forcing them to work excessive overtime.

M&S says it has now dropped the company for “commercial” reasons, but has remained in contact attempting to resolve the disputes.

It denies that workers have suffered intimidation, the leading weekly reported today.

The Observer investigation focused on two factories in Gurgaon, one used by M&S and the other by Gap and Next, and found staff working up to 16 hours a day.

All the retailers launched inquiries into the abuses and pledged to end excessive overtime.

M&S said it had found examples of excessive overtime being worked earlier in the year, but it had tackled the problem.

Its own audits also flagged up other problems, which it described as “high-risk issues in documentation and conditions”.

The weekly reported that the British campaign group Labour Behind the Label spoke to workers and claimed that 16 women were hurt in clashes outside the gates.

In a statement the group said that the clashes followed “several months of campaigning by the Garment and Allied Workers Union to get improvements in conditions at Viva Global. Workers complained of excessive and forced overtime, low wages, a lack of water to drink and in the toilets”.

In a statement, M&S said it had conducted its own investigation into the allegations and could find no evidence to substantiate the claims being made against Viva Global.

A spokesman said: “M&S no longer sources from Viva Global. For commercial reasons only, we have not placed any orders with this factory since May and have no pending orders. All M&S production ended in August.” – Timesofindia