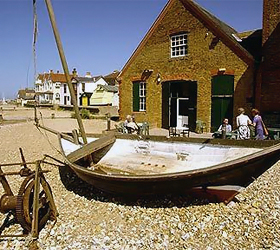 Home owners who bought at the height of the property boom face another four years of negative equity before they recover what they paid, new figures reveal today.

Borrowers who bought a property at the height of the market in 2007 will have to wait until 2014 before the price of their home is higher than the value of their mortgage.

It is the latest evidence of an “entire generation” being locked out of the housing market.

Exclusive research for The Daily Telegraph revealed that more than eight out of 10 first-time buyers only get onto the property ladder because they receive a cash handout from the Bank of Mum and Dad.

It is the highest proportion on record, according to the Council of Mortgage Lenders.

It follows a tightening of lending criteria, with banks demanding deposits of at least 40 per cent to secure the best deals.

By imposing stricter conditions, banks aim to reduce the number of home owners who default on their mortgage repayments.

David Orr, chief executive of the National Housing Federation, said: “Even though price rises look sluggish for the next few years, affordability is not improving for many low-to-middle income households as banks continue to restrict their mortgage lending and house prices remain historically expensive in relation to salaries.

“There’s a very real risk that an entire generation will be locked out of the housing market for the foreseeable future and people will increasingly look to buy or rent an affordable home instead.”

It comes amid Bank of England plans to ‘cap’ mortgage lending to stop borrowers taking out risky loans. Borrowers would need a deposit of between 10 and 25 per cent before being able to obtain a mortgage.

The plans are aimed at preventing a repeat of the credit crisis when some borrowers were lent 25 per cent of their property’s value and became stuck in negative equity when prices crashed.

However, not all home owners have lost out. New research by the Post Office suggested people are willing to pay a premium of £20,000 to live by the sea – Telegraph